Kaustubh Katdare · Jan 29, 2015
Rank A1 - PRO
OnePlus - the 'never settle' company from China had a troubled affair with the custom ROM provider, Cyanogen. In India, Cyanogen signed an exclusivity bond with Micromax for the Yu brand of mobiles and that put restriction on sale of OnePlus One mobile smartphones in India. OnePlus quickly responded with an announcement that they're working on a custom ROM of their own and even ran a contest on OnePlus forums to name the ROM. OnePlus has just made it official that they're naming their custom ROM "OxygenOS".

OnePlus forum administrator Bradon H wrote a post on the official announcements forum that the goal for the team was to make a product that themselves would want to use. Engineering their own ROM allows OnePlus team to have complete control over the software experience offered by their products. It means they can decide when the new updates are released, what customisations are included and what features are excluded in every update. 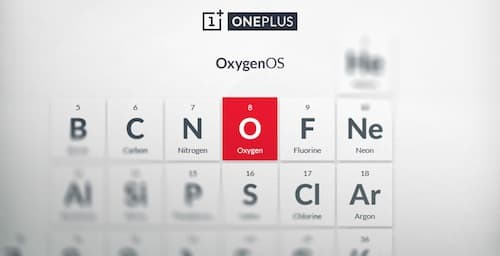 ​
There are no previews or leaks available as of now. OnePlus promises to release more information about the OxygenOS on February 12th. It's not clear whether OxygenOS will ship as the default firmware on all the phones that OnePlus ships in future or just the ones that are made available in Indian markets. We're keeping track of all the developments.

Abhishek Rawal
One more custom ROM. I just hope they opensource it, so we can enjoy it on our device too.

I've doubts about it. Their customer base is small; but quite fanatic. If they want to attract developers to do apps for their own ecosystem, I think they'll have no option but to open source the firmware.
0 Likes

Kaustubh Katdare
I've doubts about it. Their customer base is small; but quite fanatic. If they want to attract developers to do apps for their own ecosystem, I think they'll have no option but to open source the firmware.

The moment they officially announce release of Oxygen OS, entire XDA community will jump on building Oxygen OS for their respective devices. [Condition : If it's firmware is opensourced]
We have Ozon OS and now Oxygen OS. I didn't like the name though. But fanbois! ah! they will rub it on they face whatever One plus excretes.
0 Likes

Kaustubh Katdare
Curious to know what's going to be so exciting about the OxygenOS that developers would want to develop for it.

XDA Opensource developers is a kind of species that doesn't care what new feature XYZ thingy brings in. Ohhh new ROM ? I have a device for testing ? Codebase is open ? no other dev has done it yet ? clone that goddamn repo - I shall build it for my device and let the whole world void their warranties. 😁
1 Like

Divyaprakash KC · Jan 30, 2015
Rank C2 - EXPERT
As far as I see Android domain is 'specs' only. Not sure another custom ROM ( or an android fork for that matter - remember Amazon Fire "OS"?) would benefit a company or users.

My opinion is that One Plus did not capitalize on their initial success where they had the 'specs' advantage. Now it seems like what non-android haters say - "Too little, too late". There can be some enthusiasts flock for One Plus initially - if they tweak it and optimize it for their hardware. But on the long run? I doubt.
0 Likes