Oppo N1 Featuring Rotating Camera To Launch In India - Best For Your Next Selfie?

@Ankita Katdare • 28 Jan, 2014 • 1 like
Oppo Electronics Corp. - the Chinese tech giant has decided to launch its flagship smartphone Oppo N1 in India. Globally unveiled in September 2013, the Oppo N1 smartphone has been in geek discussions for a while now owing to the innovative features and specs that the phone brings to the table. Today the company's official twitter handle for India has made it public that the N1 will officially enter India on January 30. Press invites for the same have been distributed and the company has also appointed Indian Film Industry stars - Hrithik Roshan and Sonam Kapoor as their brand ambassadors. Details about the official price and availability will be revealed at the event. So before that happens, let us take a closer look at the Oppo N1 features in detail.

Sporting a large 5.9 inch full HD IPS display at 1920 x 1080 pixels resolution and 377 ppi density, the screen is well protected using Corning Gorilla Glass 3. Powered by a 1.7 GHz Qualcomm Snapdragon 600 processor and Adreno GPU, the phone packs in 2GB RAM and 16 or 32 GB internal memory variants. Running on the customized Android 4.2 Jelly Bean operating system called Color OS, the Oppo N1 derives its power from a large 3610 mAh battery. Other than that, the connectivity options include - USB, Bluetooth 4.0, WiFi, GPS and NFC. Setting aside the basics, now let us take a look at the most interesting features that the phablet offers. 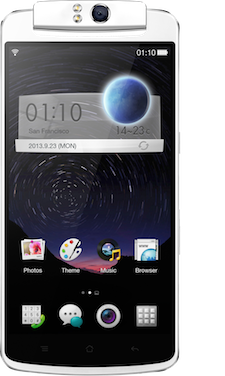 ​
The first one being - "O-Touch" technology. The Oppo N1 features a touch panel on the rear that makes one handed use for the large OPPO N1 screen comfortable and easy. With O-Touch you can scroll, tap, or snap photos – all without your fingers blocking the display. Another feature called the "O-Click" lets the user remotely operate the N1 camera even when you’re away from the device. Simply position the N1 and step back to include everything you want to capture. If you misplace your device, find it by setting off an alarm on the phone. O-Click fits on your keychain and supports a range of up to 15 meters, staying connected to your OPPO N1 via Bluetooth (BLE). There's also the CyanogenMod option. Based on the Android Open Source Project, CyanogenMod is designed to increase performance and reliability while offering a variety of features & enhancements. 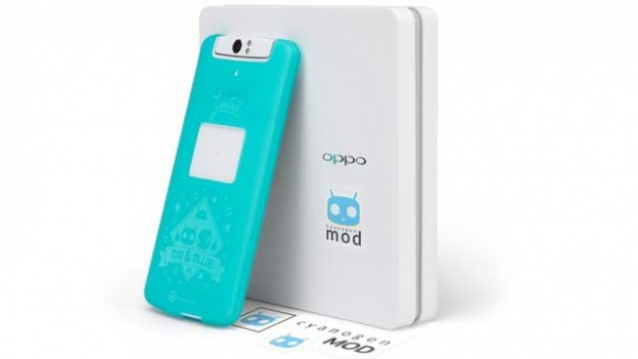 ​
Next in line is the most striking feature of this phone - the 206-degree rotating camera. Oppo N1 proudly claims itself to be the world's first smartphone with a rotating camera. The lens will firmly lock in position at any angle from the available 206-degrees while the Pure Image technology will help you capture great photos with its six physical lens construction and wide f/2.0 aperture in 13-megapixel resolution. Even long exposure photos of up to 8 seconds are also supported. If you have been reading the newspaper headlines, you probably might have came across the news that the word ’Selfie’ being selected as the Word of the Year of 2013 by Oxford Dictionaries. According to a research the use of the word ’selfie’ has increased by over 17,000 percent since the last year. Looks like the Oppo N1 is just going to make the usage more well-known. 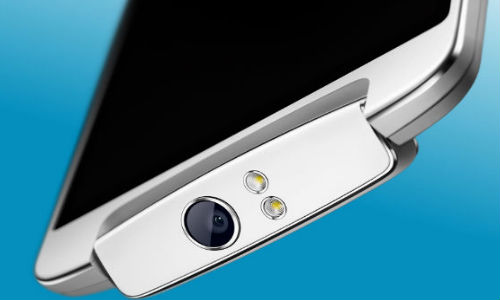 ​
The Oppo folks have put in more than a year of work and over 20 different designs to build the simple brilliance of the OPPO N1 and the small but intricate camera, tested to last through 100,000 rotations. Its full metal aluminum alloy frame is produced over a 20-day period, during which it undergoes a 14 step polishing process involving more than a dozen suppliers. Take a look at the making of Oppo N1 here -


​
All eyes are now set to January 30 launch event to know the actual price in India tag that the Oppo N1 will carry. Till then, let us know your thoughts and opinions on the Oppo N1 phablet and its rotating camera in comments below.

Update: Following video from November 2013 shows some of Oppo's global ambassadors who launched OPPO N1 with the company. While in China, these people visited many historical places, experienced the local culture and even met Oppo's CEO, Tony Chen for a friendly chat.
Do take a look at this video -

Ankita Katdare
@Abhishek Rawal What's your opinion? I had read your comment on one of the article where you said you were looking forward to Oppo gadgets in India.

I am happy that finally Oppo N1 is arriving in India. I like the design, but I didn't liked rotating camera feature. It's not that I think rotating camera shouldn't be included, but the way it is embedded, it makes the top part of this beautiful device look ugly.

Hardware is impressive, but what attracts me more is the ROM! CyanogenMod is by far the best Android based Custom ROM. The features & stability this ROM provides is one world away from stock ROM & anyother custom ROM. Additional custom features included in ROM & Kernel makes it better than stock.
With Oppo featuring CM, people with no knowledge of rooting device & flashing ROM can get CyanogenMod without dealing with any kind of warranty voiding panic.
However, I hope Oppo N1 in India features with latest stable build of 4.3 & not 4.2

I hope Indian customers don't take Oppo as some normal 'chinese company' because people here are feed with ignorance that anything that's not tagged as Apple, Samsung, HTC or Nokia is whack device.

What's the estimated cost, by the way ?
@Kaustubh Katdare • 28 Jan, 2014 Who else is excited about Xiaomi mobiles coming to India? I think they're already snatching up people from Micromax to head their operations in India. The brand has received accolades from the likes of Steve Wozniak (co-founder of Apple).
@Netradeep Dhonde • 30 Jan, 2014 Oppo N1 priced in India at 40k for 16gb model....
@Ankita Katdare • 30 Jan, 2014 How many people will be ready to shell out 40,000 bucks for this one? ☕
8.7k views

How to store very very large value in C/C++

Hello, I was writing a code to find out the number 2^1000. Which is very very large, and no data type can handle this.. Actually I have to use the...
5.3k views
Read More →
Archives

How are the placements at NIELIT Calicut?

How are the placements at NIELIT Calicut for PG Diploma in Embedded systems ?
4.1k views
Read More →
Archives

Job vs Higher Education - which is better for my career?

Hi,I recently completed my Bachelors degree.(June 2012)B.Tech in Computer Science.Up until the second year of my engineering, I was a below average student.But, afterwards, I started working hard and my...
3.1k views
Read More →
Archives

Why the alphabets in keyboard not n order A-Z??

Here I am with one more question!!! I remember when I just started to work on PC and when I have to search for each and every alphabet for writing...
3.5k views
Read More →
Channels
👨‍💻 Remote Jobs 🗞️ News 🚀 Founders Circuit 🗄️ Archives ✨ Newsletter 🕹️ Changelog
About · Privacy · Terms of Service · Contact Us · © 2005 - 2022 CrazyEngineers. All rights reserved.