Debasmita Banerjee · Mar 1, 2017
Rank B3 - LEADER
Believing in the #NeverSettle attitude, the Chinese smartphone company OnePlus is rumored to follow an offbeat launch of its new flagship OnePlus 5 phone in the market. It is not clear why the company has suddenly chosen to go with 5 instead of 4, however, considering 4 is an unlucky number in its mother country China, the company might just settle with OnePlus 5, as the immediate successor of the OnePlus 3T. The yet to be launched phone is technically the 5th phone of the main series and will feature the following as acknowledged by numerous third party sources.

Spoiler alert! The new phone in the talks is presumed to borrow some technical features from Samsung's Galaxy S7 Edge such as the dual-edged display. Speculating over its chipset, OnePlus can go with a Qualcomm Snapdragon 830 or possess an 835 version if it's available. To maintain its whopping RAM heritage, it will probably sport a 6 GB RAM if not more. Powered by such an upmarket processor and RAM combo, the phone will not be satisfied without having a minimum of 256 GB internal storage. 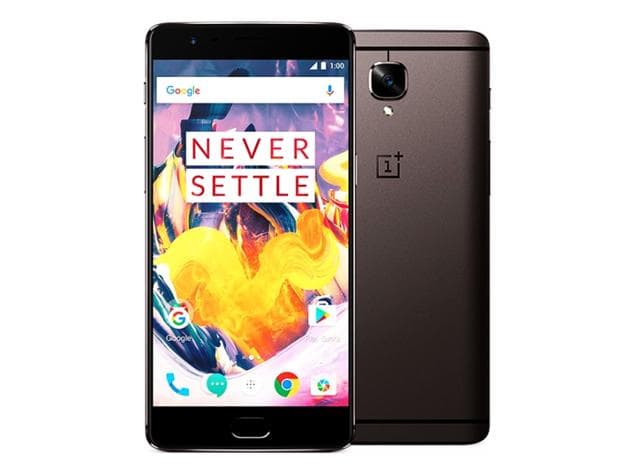 OnePlus 3T
​
Two of the third party sources reveal it to bear a 16 MP selfie snapper and a 23 MP rear camera, that gets coupled better with necessary processor-senor module. Just like the OnePlus 3T, the upcoming version might feature the "Dash Charging" technology, claimed to perform significantly better than the other fast charging technologies. When it comes to a battery, 3400 mAh might get an upgrade to 4000 mAh. Also, a USB Type-C might take a place in the body.

Famous for its minimalist metal design, some sites reveal that it might come up with a ceramic body, just like Xiaomi Mi Mix. Although network features are not revealed yet, it is very likely to support 4G VolTE. Given the nature of quick up gradation, this phone might, in fact, feature the refined OxygenOS or wait until the company is ready with an alternative. When out in the market, it will fight for its place with Galaxy S8, LG G6, Huawei P10 where the last two have been launched at MWC, 2017.