@Sharvari Panchbhai • 23 May, 2015 • 1 like
The researchers at the University of Maryland (UMD) and Temple University have discovered a new class of magnets called ‘non-Joulian magnets’. The unique property of this kind of magnets is that they expand in volume in the presence of magnetic field. Not only that, they can also harvest or convert energy without wasting much heat. Due to these characteristics, the non-Joulian magnets can be employed for developing next generation of sensors and actuators. The newly discovered magnets could also be used for designing compact and small micro-actuators for aerospace, automobile, biomedical, et al and ultra-low thermal signature actuators for sonars and defense applications.

Physicist James Prescott Joule, who is known for his work- law of conservation of energy and the first law of thermodynamics, was the first one to discover that iron-based magnetic materials or ferromagnetic materials alter their shape or dimensions but not their volume when placed in a magnetic field in the 1840s. Since the discovery, this effect is referred to as ‘Joule Magnetostriction’ and every individual magnet has been categorized by making use of this phenomenon. 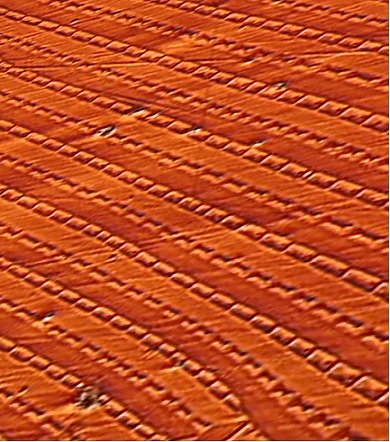 ​
In this study, the researchers heated certain iron-based alloys in a furnace at approximately 760 degrees Celsius for about 30 minutes. Then they quickly cooled the materials to room temperature, thereby discovering that these alloys demonstrated the non-Joulian behavior. Moreover, they found that after thermal treatment, the materials contained exceedingly small, microscopic cell-like structures that appeared to be responsible for the non-Joulian magnetostriction. According to Manfred Wuttig, a professor of materials science and engineering at UMD, Joule must have believed that magnets respond uniformly. However, in this case, the response of the newly discovered magnets is fundamentally different from the usual ones, which are limited by Joule magnetostriction.

Actuators, which are used for moving or controlling a mechanism or system use conventional magnets. Thereby these actuators exert forces in a single direction owing to Joule magnetostriction. Furthermore, actuation (even in two directions) needs more stacks of magnets. The main disadvantage of using more magnets is that they not only increase the size but also reduce the efficiency. The creation of compact omnidirectional actuators is possible by using the new magnets that have the property to increase in volume in every direction.

As per the researchers, this new class of magnets made from alloys can take place of the present rare-earth based magnetostriction alloys that are costlier and have limited mechanical properties. The research paper titled Non-Joulian Magnetostriction was published in the journal Nature.

A lot of students seem to be complaining that not many core domain companies in mechanical engineering visit for campus placements. I guess they restrict their visits only to top...
6.2k views
Read More →
Archives

Name for an electronics department magazine

HI!!! i belong to ece department.we are having a group in our department named *ecestudentshub*..now the point is we are in a thought to release a magazine. This is the...
6k views
Read More →
Archives

Hi CEans, I thought of putting this tutorial here in CE, so that it would be useful for other CEans!! Some of you out there would have never heard of...
30.5k views
Read More →
Archives