@Ambarish Ganesh • 24 Dec, 2013 • 1 like
Nokia has done away with it Android project, floated some rumors earlier, but now the famous @evleaks has revealed that the Finnish manufacturer is gearing up for the launch of its first budget Android phone Nokia Normandy (codename). The tweet even suggests that the launch may happen before end-2013. He's even released a pictured of the phone in question. 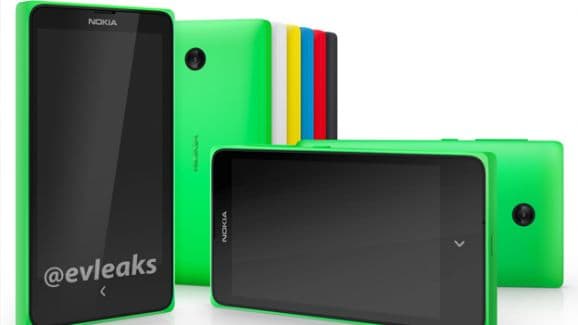 ​
There are just too many rumors clouding our judgement at the moment. While one rumor still sticks to the point that Microsoft's Nokia acquisition has nullified the Android project, there is this other which says that the team working on Normandy is now focusing on the development/betterment of wireless charging. Another hints at Nokia working on wearables (and this seems most plausible, as wearable is where the future is.)

If Nokia Normandy does get to become a reality, the color options on it include lime green, while, yellow, red, blue and black. Well, for now we'll just count our chickens.
@Satya Swaroop Dash • 24 Dec, 2013 • 1 like You are right @Ambarish Ganesh .
There are just too many rumours flying around to know whats what but evleaks has been a trusted source for Nokia rumours as it always manages to get official product shots. So if Microsoft would have actually stopped the project they would have allowed the product shots to be taken. Even though I am always dreaming about the relationship of Android and Nokia the new leak about onscreen buttons in Windows Phone 8.1 has definitely killed the above dream as the Normandy could be a Windows Phone 8.1 device.