Aditya Deshmukh · Apr 2, 2014
Rank C2 - EXPERT
Microsoft Build Conference 2014 has witnessed the launch of Nokia's latest flagship smartphone - Nokia Lumia 930. Rumors of this phone were around for some time and yesterday, the tech giant has finally unveiled the much talked about smartphone at the hands of the company’s CEO Stephen Elop. On looks and specification - Lumia 930 resembles Verizon’s Nokia Lumia Icon, in other words - it is a global version of Lumia Icon. At MWC 2014 and HTC’s latest event, the companies made a buzz by introducing smartphones with quad-core chips having clock-speed above 2 GHz. 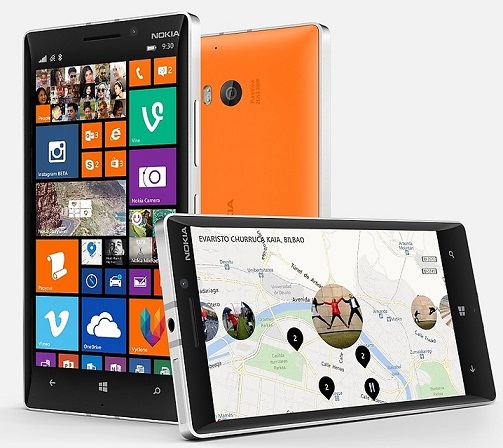 ​
Lumia 930 has a Qualcomm Snapdragon 800 quad core chip on board, clocked at 2.2 GHz. With this powerful processor, 930 has a 2GB of RAM and 32 GB built-in storage. Unfortunately, there is no expandable microSD card slot, but users can enjoy some extra storage on Onedrive, offered by Microsoft. This flagship has a remarkable display of 5.0”, with a resolution of 1920*1080 (Full HD) and pixel density of 441 ppi. It is a super sensitive Clear Black AMOLED display. This smartphone runs the latest version of Windows Phone i.e. Windows Phone 8.1.

Nokia is becoming a giant in smartphone’s camera section, well known for their 41 MP snapper - Lumia 1020. Lumia 930 has a 20MP primary camera with Nokia’s PureView technology, 1/2.5” BSI sensor, aperture of f/2.4 and Dual-LED flash. It also has Optical Image Stabilization (OIS) and captures Full HD (1080p) videos at 30fps. Similar to Lumia 1520 and 1020, this new flagship can capture full resolution pictures and scaled down, high-quality 5MP pictures too, for easy sharing. To improve imaging experience, there are some Nokia’s imaging apps pre-installed on this phone (like Nokia Camera, Creative Studio, Nokia Smart Cam etc.).

Moving on to the other features - 930 has a WiFi a/b/g/n/ac, Bluetooth 4.0, NFC and USB 2.0 in connectivity section. This phone supports a Nano SIM card and it has a FM radio too. In design, Lumia 930 has same looks as that of Lumia Icon. A 2,420 mAh battery is packed inside a 137*71*9.8 dimensioned Lumia 930. It also offers Qi wireless charging. This flagship is expected to roll out globally in June, initiating with Europe, Asia, Middle East and India. Expected price of this phone is $599 excluding taxes. What do you think about Nokia’s new smartphone? Express your views through your comments.