@Ankita Katdare • 27 May, 2013 • 1 like
Nokia India has revealed on its website that the company's new flagship phone Lumia 925 is 'coming soon'. Unveiled earlier this month, Nokia Lumia 925 is the smartphone with the robust appeal for Windows 8 fans. A refreshing break from the cheaper range of phones in the Nokia Asha series launched in India this year, if you're done drooling over the pure delight of the Pureview on Lumia 928, the Lumia 925 deserves both - your time and attention. Nokia's official blog has compared this smartphone to the upcoming movie's lead - Man of Steel (you've watched the trailer, right?) owing to the phone's attribute of bringing metal for the first time to the Nokia Lumia range. The company has even gone far enough to setup a page dedicated to just that.

The Lumia 925 sports an aluminium and polycarbonate frame making it both slim and ultra-robust - as tough as the man of steel and a Gorilla Glass 2 safely guards the 4.5 inch AMOLED WXGA screen that has a 1280 x 768 pixels resolution. Running over the Qualcomm Snapdragon S4 Dual-core 1.5GHz processor, this smartphone is superfast, just like The Man of Steel who is known to be faster then a speeding bullet. Bearing a price tag in Europe of 469 EUR (approx. Rs 33,290), Lumia 925 uses a new gen image processing software, advanced lens technology, LiveSight, an augmented reality feature that works in conjunction with the phone’s PureView 8.7 megapixel lens to point you in the direction of local eateries, shops and tourist attractions. Yes, you can recall the super-human x-ray specs. 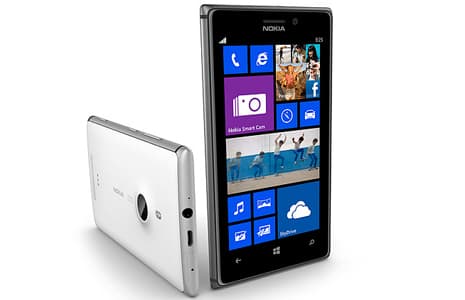 
Famous majorly for the Pureview rear, the front camera on this phone is a 1.2 megapixels wide angle. This Lumia comes with 1 GB RAM, 16 GB internal memory with 7 GB free SkyDrive cloud storage. Powered by a 2000 mAh battery, the Nokia Lumia 925 supports 4G internet access and so the Windows Store apps like - Lists & Things, Chronos Calender, or Evernote are there to help you out. Coming to you in white, grey or black colors, this phone will come with a wireless charging cover clipped onto the back of the phone. And covers, sold separately, come in white, black, yellow and red.

Though the launch date in India isn't yet out, we are expecting an official word soon. So, watch out this space for updates. Till then. here's video that shares the delightful details of the camera on the Lumia 925. Check it out -

avii
Specs are not everything, but what about OS ?

But not sure, launching more than 5 phone in Lumia series with in a span of 12 months a good idea??


Kaustubh Katdare: Man, this camera feature looks awesome, does Samsung Galaxy Note 2 have an app that does this?
@Kaustubh Katdare • 06 Aug, 2013 anoopthefriend : Nope, not by default at least. I think there must be an app in the Google Play store. Never checked it though. I think Nokia's focusing a lot on camera - which I think is a good thing.

That feature would nice to have 😀
@Kaustubh Katdare • 09 Aug, 2013 Quick Update: Nokia Lumia 925 is now available for pre-order on Flipkart for Rs. 33,999 - the price I think is quite 'big' for the Nokia phone with Windows 8. In addition, Lumia 625 is expected to launch in the Indian markets by August end. The price of 625 has not been officially announced yet.
8.3k views

centrifugal pumps cannot handle air and require priming.but you are aware that centrifugal blower which on the same principal can handle air very well. which two properties of air are...
5.5k views
Read More →
Archives

Engineers at the Indian Institute Of Technology, Madras were super busy for about a decade to bring your 2 BHK dreams to reality. The new construction method developed by IIT-M...
40.9k views
Read More →
Archives

Spice Mobiles has launched a new phablet in the Indian market called the Spice Pinnacle Stylus Mi550. Though at first the name might misguide you, that is a new kind...
5.2k views
Read More →
Archives

I am not looking for any location specific centers. Please suggest me centers which has maximum percentage in placement. I am open to any course PG-DAC,PG-DMC,PG-DITISS,PG-DBDA,PG-DSSD,PG-DGi. Please suggest me if...
8.3k views
Read More →
Channels
👨‍💻 Remote Jobs 🗞️ News 🚀 Founders Circuit 🗄️ Archives ✨ Newsletter 🕹️ Changelog
About · Privacy · Terms of Service · Contact Us · © 2005 - 2022 CrazyEngineers. All rights reserved.