@Ankita Katdare • 17 Feb, 2014 • 2 likes
A group of researchers from Stanford University and the Department of Energy’s SLAC National Accelerator Laboratory have come up with an idea of designing an electrode inspired from pomegranate. Just like the seeds inside the fruit, the electrode will be made up of clusters of silicon nanoparticles in a tough carbon rind. This move comes as a solution to the problems faced by the next generation of lithium-ion batteries, which are supposed to be smaller, lighter and more powerful than ever before. After conducting a series of tests on these pomegranate-inspired batteries, Yi Cui, an associate professor at Stanford and SLAC who led the research has shared that even after 1000 cycles of charging and discharging, the anode works at 97% capacity. This just goes to say that it's just a matter of time till we see these batteries being manufactured for commercial use.

In the past, we have seen research work on use of nanostructures in Li-Ion batteries and even the concept of Lithium-Air batteries. The pomegranate inspired batteries are unique in more than one way. The anode stores the energy when a battery charges. Use of Silicon anodes instead of graphite ones that are currently used, would mean that the batteries stores 10 times more charge. A major limitation with this has been that silicon is brittle and it swells and falls apart during battery charging, and it reacts with the battery’s electrolyte to form gunk that coats the anode and degrades its performance. 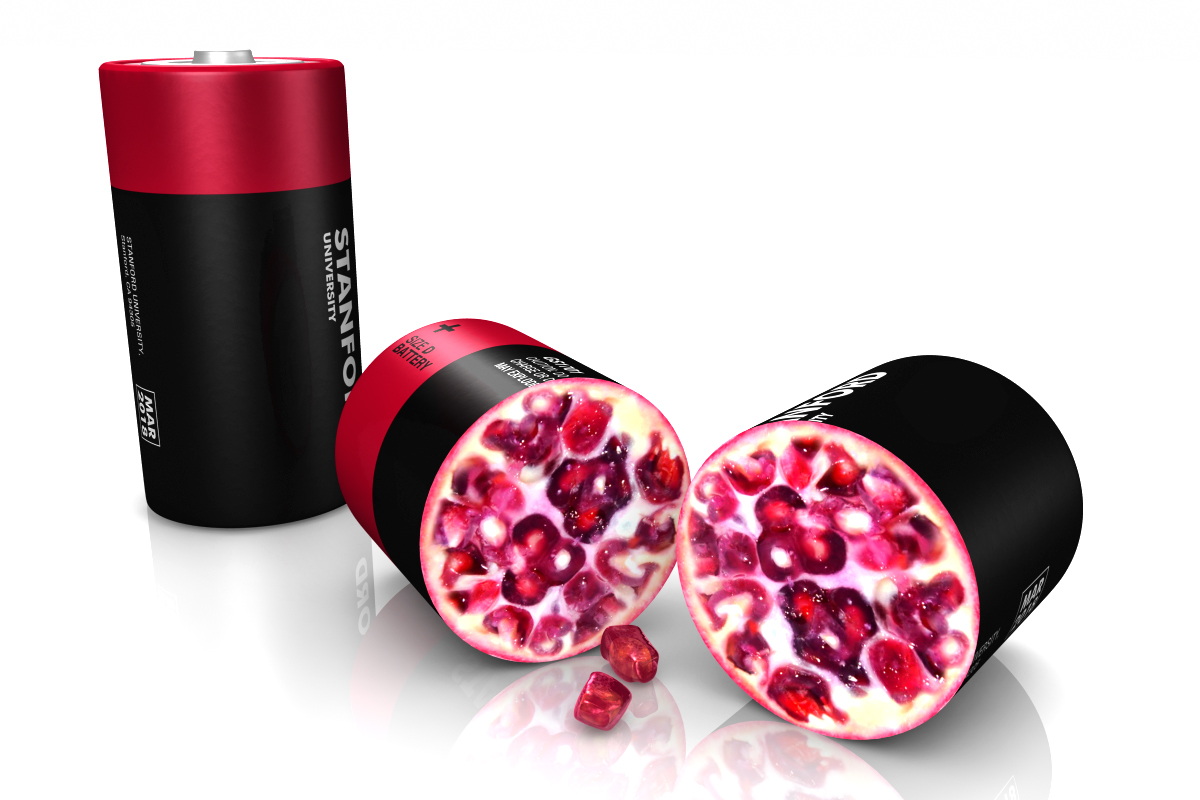 ​
As a solution to this, Cui and his team have been working for the past 8 years, on the use of silicon nanowires or nanoparticles that are too small to break into even smaller bits. They encased these nanoparticles in, what they call, carbon “yolk shells” that give them room to swell and shrink during charging. Taking this research a step forward and drawing inspiration from the chemical industry, the team used a microemulsion technique to gather silicon yolk shells into clusters, and coated each cluster with a second, thicker layer of carbon. These carbon rinds hold the pomegranate clusters together and provide a sturdy highway for electrical currents. And because every pomegranate cluster covers just one-tenth the surface area of the individual particles inside it, a much smaller area is exposed to the electrolyte, thereby reducing the amount of gunk that forms to a manageable level.

What do you think about the next generation of pomegranate inspired batteries being designed? Share your thoughts with us in comments below.

hi i m doing project with c and i want to get a mouse programing help me
6.3k views
Read More →
Archives

WHAT IS THE LATEST CALCULATOR FOR CIVIL ENGINEERING STUDENT?

Its very good puzzle. It is simple but still its effective to confuse peple to scratch her heads.Here is the puzzle:We have total 100 rs and we need to buy...
59.2k views
Read More →
Channels
👨‍💻 Remote Jobs 🗞️ News 🚀 Founders Circuit 🗄️ Archives ✨ Newsletter 🕹️ Changelog
About · Privacy · Terms of Service · Contact Us · © 2005 - 2022 CrazyEngineers. All rights reserved.