Ambarish Ganesh · Dec 11, 2013
Rank B1 - LEADER
A newly discovered greenhouse gas perfluorotributylamine (PFTBA) is 7100 times more powerful as compared to carbon dioxide, and has a higher impact on global warming. The gas, recently discovered by researchers in Toronto, has been used in electrical industry since the mid-20th century. It's not a naturally occurring element, and the researchers claim that "PFTBA has the highest radiative efficiency of any molecule detected in the atmosphere to date", thus posing potential impacts on the climate. 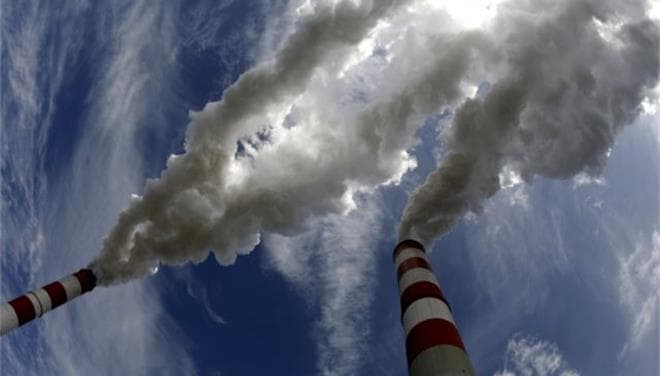 ​
The study published in Geophysical Research Letters journal observed that PFTBA was 7100x powerful as CO2 at warming the Earth in a 100 year-span. PFTBA concentrations in the atmosphere are low (0.18 units per trillion in Toronto) as compared to 400 units per million of carbon dioxide. Researcher Angela Hong, who's working on this study stated- "PFTBA is extremely long-lived in the atmosphere and it has a very high radiative efficiency; the result of this is a very high global warming potential. Calculated over a 100-year timeframe, a single molecule of PFTBA has the equivalent climate impact as 7,100 molecules of CO2."

Also, there are no known processes to eliminate or remove PFTBA in the lower atmosphere, hence PFTBA is a long-lived trouble (hundreds of years) that's destroyed only at upper atmosphere. Time plays a key role in the global warming potential metric, as different elements linger in the atmosphere for different time periods, thus determining how long-lasting the climate impacts are, researchers added. Posted in: #Coffee Room
1 Like
@ A2A Reply

Ambarish Ganesh
Also, there are no known processes to eliminate or remove PFTBA in the lower atmosphere, hence PFTBA is a long-lived trouble (hundreds of years) that's destroyed only at upper atmosphere.

I was searching on web and couldn't find the process that destroys PFTBA; if it gets destroyed in upper atmosphere, it wouldn't be a big deal for scientists to know about the process.

If feasible they should mandate in electricity generation industry to have that process mechanism installed so that this much deadly gas can be prevented to go in atmosphere.