Ankita Katdare · Dec 29, 2014
Rank A1 - PRO
A team of engineers from the National University of Singapore are working on developing underwater robots that look just like the living creatures and also have a fully functioning brain of their own. Associate Professor S.K. Panda from NUS leads a team of engineering researchers who work on building biomimetic solutions in ocean engineering. As the name suggests, the 'biomimetic' robots mimic naturally available systems to act as solutions to various technical challenges faced at the sea. In fact, the team is developing a robotic sea turtle that can dive deep vertically using just its front and hind limb gait movements, which is just amazing. We can't help but envision a day when these engineers build a swarm of autonomous robotic turtles and fishes that communicate with each other and act collaboratively for conducting hazardous missions such as detecting underwater nuclear wastes underwater.

Other than being maneuverable, the robotic sea turtle can also tackle any obstacles that may come it way on its own. The NUS turtle robot is also designed to be self-charging (which significantly reduces the cost of time taken to move back to base station for the purpose). Moreover, it's going to be lightweight and made to be able to turn sharp corners with small radius, while maintaining its speed. 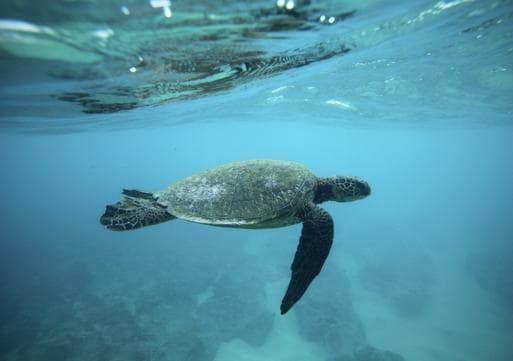 ​
It doesn't end here. The team has also designed and developed 4 other underwater prototypes, which include 3 robotic fishes and a puffer-fish-inspired spherical bot that uses the jet propulsion technique found in jellyfishes. Wouldn't it be awesome if they combine all these interesting features in a single underwater robot? Well, that's what the team believes too. After studying the various energy efficient movements of real fishes, Mr. Abhra Roy Chowdhury developed a fish robot around 3 years ago. Mr. Bhuneshwar Prasad, a Research Engineer, another member of the team, has also developed a spherical robot.

In the near future, the team plans to develop a robot fish with muscles that undulate exactly like the real fish, which needs that they develop some special actuators. Other than that, they would also develop central pattern generators that will help these robot fishes to respond to external stimuli. We think that's pretty exciting. What are you thoughts on this? Share with us in comments below.