Neurotic Robots To Have Flexible & Adaptable Brain Just Like Humans Do

@Ankita Katdare • 09 Jun, 2014 • 1 like
In the Cognitive Anteater Robotics Laboratory (CARL) at the University of California, Irvine, a team of researchers led by Jeff Krichmar, professor of cognitive science, is developing what are being called 'neurotic robots'. Functioning similar to the human brains, the neurotic robots will be better equipped to make decisions like a normal person would. They are experimenting with robots that act the same way a mouse would inside a cage. A rodent tends to stick by the walls in an unfamiliar open space till it still it stops feeling uncomfortable. The Irvine scientists have copied the thinking mechanism of human brain and implemented it in a robot that now becomes so anxious, it would never cross the room.

These neurotic breed of robots are being tested to show signs of obsessive-compulsive disorder or are afraid of open spaces. They are building mathematical models of the brain or the cognitive system and using it in a software that become the controller of the neurotic robots. Robots with a 'thinking mind' that acts and feels like humans has the advantage of being used in the search-and-rescue drones. Instead of taking blind flight of risk, it can decide to wait till the foul weather goes away before it takes off to complete its mission. 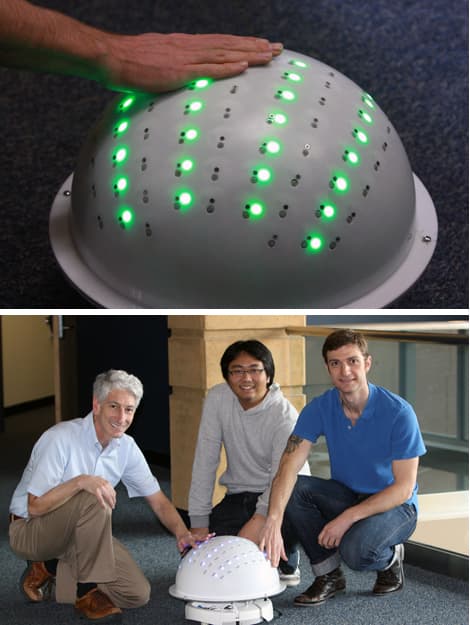 ​
As you can see from the picture above, Professor Krichmar and his fellow engineers researcher team members have developed a turtle-like robot named - "Carl-SJR" where SJR stands for Spike Judgment Robot. It may not have human-like features such as arms or legs, but it enjoys being touched and rubbed like your favorite pet. It’s these combined traits that may just be what make the robot a winner with its target audience – children with autism and other developmental disorders. Many children with developmental disorders have tactile or touch impairments. Carl-SJR addresses this problem by playing fun, engaging games with children where they learn appropriate social skills. How amazing is that?

The field of neurotic robotics is new and blooming. We will try to bring you latest updates on this whenever possible. Let us know what are your thoughts on robots that think like humans. Does that ring a bell of caution? Share with us in comments.

Source: Discovery News
@Rajni Jain • 09 Jun, 2014 The field of neurotic robotics is new and blooming!!
Any clue if they will have emotions similar to human being?
@ahmed sarfraz • 19 Jun, 2014 can anyone let me know the thinking mechanism of human brain. It is really important because, as far as the human thinking is related, it is defined only by fuzzy logics (which means there is no particular mechanism or pattern of human thinking).