Steve Jurczyk, associate administrator for the Space Technology Mission Directorate (STMD) at NASA’s headquarters in Washington explained that, Human-Robot interaction was a critical aspect of future space explorations, and this prompted NASA to collaborate with the aforementioned selected universities. 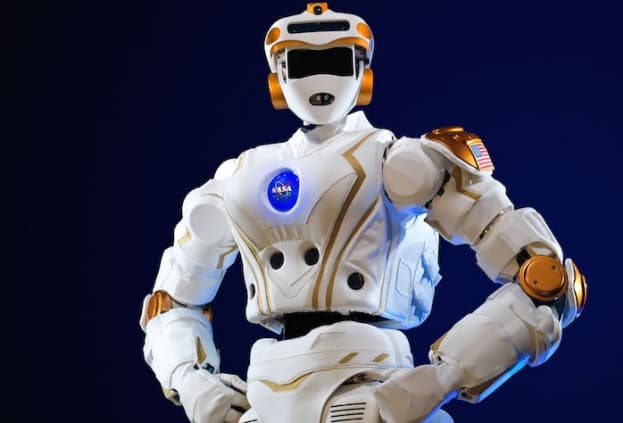 The Valkyrie R5 Robot​
The two proposals given to NASA from MIT and the Northeastern University, Boston are:
The Defense Advanced Research Projects Agency (DARPA), Robotics Challenge handpicked MIT and Northeastern University, Boston from a stack of groups through a competitive selection process. In the research period they will receive $250,000 per year (for the next 2 years) and have access to NASA onsite and virtual technical support.

The independent grant awardee universities will serve as critical partners in NASA's upcoming Space Robotics Challenge where two R5 units will compete between themselves in a ‘survival for the fittest’ challenge. The Centennial Challenges Program includes a two step examination where the first one is a virtual competition using Robotic simulations and the next one includes physical competition using the two latest versions of the R5 robot. The results will aid in the making of more effective software’s for dexterous humanoid robots, thereby allowing more autonomy in space programs.

World's First Talking Robot Astronaut 'Kirobo' Awaits His Spaceman At The ISS. It Too, Has A Dream. NASA’s New Humanoid Robot Valkyrie Is Ready To Compete At DRC Farewell To Discovery On Its Final TouchDown Android in Space - Nexus S on Space Shuttle Atlantis 3D Printing In Space @ Zero Gravity In ISS NASA To Build Spare Parts And Engines Using 3D Printers NASA Releases Detailed Schedule For Its Asteroid Redirect Mission NASA Puts Robonaut 2 Simulator Up For Download Next-Gen Spacesuit From NASA To Be Used For Manned Asteroid Missions NASA Orion Capsule Unveiled At Kennedy Space Center; To The Mars By 2030?