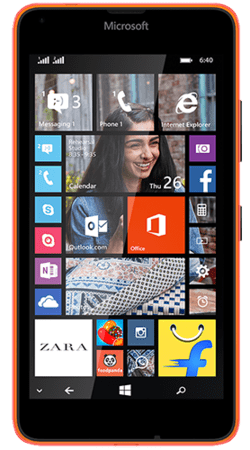 As stated earlier, the price of the Microsoft Lumia 640 XL LTE variant is Rs. 17,399 in India. The company is also offering a bundled SIM offer in partnership with Bharti Airtel, which includes the Airtel Double Data offer.

That's all there's to know about the Microsoft's newest launch in India. What are your thoughts about the phone's specs and features? Share with us in comments below.

HTC One Max Specs & Features Detailed - Is The Price In India Justified At Rs. 56490?

HTC, the Taiwanese smartphone manufacturer, has brought its much talked about smartphone - the HTC One Max in India today. At the launch, the company has shared the details about...
3.8k views
Read More →
Archives

Hey guys..... I am about to start working on STAAD PRO V8i.....so can anyone help me to learn this software or can provide me tutorials regarding this in PDF format....
5.6k views
Read More →
Archives

What is the difference between Tata Sky HD & Sky+HD?

hello friends... can anybody give me the list of Pneumatic related mini projects?? i am little confused while selecting them...
6.3k views
Read More →
Archives