Aditya Deshmukh · Dec 12, 2014
Rank C2 - EXPERT
India’s tech giant, the smartphone manufacturer Micromax is going to host an event in New Delhi on December 18th and it has been confirmed that they are launching their much awaited Micromax Yu smartphones on that day. Micromax's Yu and Cyanogen have recently made a deal that affected the OnePlus One’s Cyanogenmod OTA support. The new brand Yu will be receiving OTA updates from Cyanogen.

The company folks must be all all geared up as the invites for this event are already out. Though not much details have been spilled in the invite, some sources hints that this phone will provide LTE connectivity and powered by a Qualcomm Snapdragon chipset instead of Mediatek. It is expected that chipset is going to be Snapdragon 615 , which is an Octa core 64-bit processor. 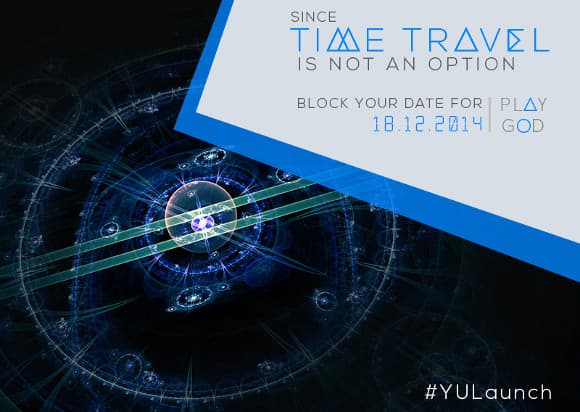 ​
The co-founder of Micromax, Rahul Sharma claims that, this phone will be a monster and will provide really cool specs. Now the question arises as to what number will be printed on this phone's price tag. Well, Micromax is known for their reasonable prices and therefore we can expect a low-to-mid budget price for this debutant phone.

The Yu branded phone will be sold online-only, with its biggest competitor being the ever popular OnePlus One. Due to the invite system of OnePlus, sales of One have not been impressive in India (also because of low production of phone). In general, Micromax holds an upper hand in this situation and they might not have the problem in production. Chances are high that they may be leading in the war that's just about to begin.

That's all for now. Share your views via comments and stay tuned to CrazyEngineers for further updates on Micromax Yu.

Kaustubh Katdare · Dec 12, 2014
Rank A1 - PRO
I hope the guys will launch a phone worthy of owning. Cyanogenmod and Micromax deal has left several of OnePlus One fans furious. I personally hope that MMX guys will launch a killer hardware platform with YU.
0 Likes

Aditya Deshmukh · Dec 12, 2014
Rank C2 - EXPERT
I guess people will trust on Indian brand over a chinese one
0 Likes

Micromax's still just a label. Everything's manufactured in Chinese factories - right from OnePlus to iPhone to Micromax. One reason to put money on MMX is that they do offer servicing of their phones in India 😉
1 Like