@Sharvari Panchbhai • 15 Dec, 2014 • 1 like
After the release of Canvas Nitro A310 in September this year, the local smartphone maker, Micromax, has officially launched another mid-range smartphone, Canvas Nitro A311, as an upgraded version of A310. It seems Micromax is expanding its smartphone portfolio in this segment. The sleek and stylish looking smartphone with leather panel is available for purchase exclusively on popular e-commerce sites, Flipkart and Snapdeal at Rs 13,599 and Rs13,580, respectively. 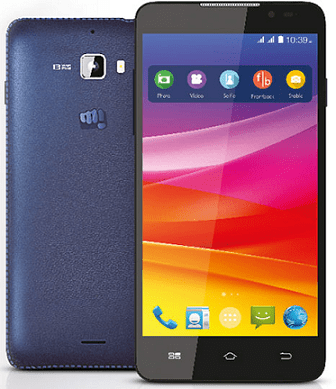 ​
Like its predecessor, A311 is powered by 1.7GHz Tru-Octacore Mediatek 6592 processor and Quad core ARM Mali 450 graphics unit and works on Android 4.4.2 kit kat operating system for better performance. The 12.7cm (5 inch) HD screen has display resolution of 1280 X 720 pixels. The IPS touchscreen has 294 pixels per inch color depth, 178 degree viewing angle along with Oleophobic Coating (also present in A310), which will protect the screen from the user’s fingerprints. It has 2 GB RAM, 16 GB ROM along with internal phone memory of 12.97 GB for apps and mass storage. The external memory can be expanded up to 32 GB via microSD card. When compared to the previous model, with respect to storage, A311 offers 16 GB internal storage instead of 8 GB. 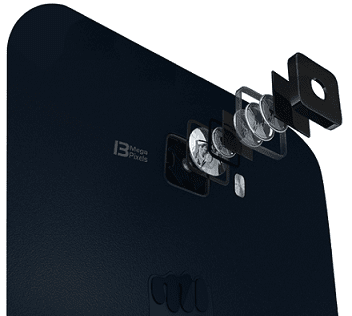 ​
Speaking about the camera, the special moments can be captured by using 13 MP auto focus rear camera or 5MP BSI fixed focus front camera. The rear camera has Sony IMX135 CMOS sensor, F2.2 aperture, flash support and rear wide angle of 28mm while the front camera is featured with OV5648 sensor, F2.4 aperture and 22m wide-angle lens with 75-degree viewing scope. These features of camera were also present in Canvas Nitro A310. The Smart Gestures feature present in A310 is also provided in A311. 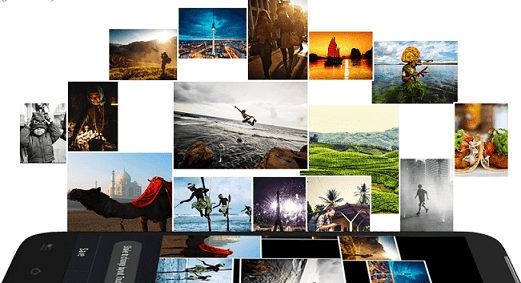 ​
The new Canvas Nitro is powered by 2500 mAh battery that supports standby time of 320 hours and talk time of 10 hours. The connectivity includes WiFi, GPS, USB and Bluetooth 4.0 and HSPA. The sensors such as Gravity, Light sensor, Proximity sensor are also provided. The new smartphone phone is available in two colours- pristine white and mystic blue.

It looks like the new dual SIM Canvas Nitro A311 is not different from the previous model, A311, in features except the inbuilt storage. This phone with its premium finish, ergonomic design and all the necessary features surely showcases itself as a safe buy in the Indian mobile market. But, in this slugfest between the emerging brands, consumers are definitely the winners as they now have a plethora of options to choose from. What do you think about this new smartphone? Please share your views with us in the comments section below.


​
Source: Micromax
@weirdkart • 15 Dec, 2014 Micromax nowadays is really good at making budget smart phones these days .The phone doesn't heat up ,that's one of the advantage .Design and looks are just average ,if they improvise it ,it will be great. The screen lacks protection i.e no gorilla glass features are present .overall its a good phone
17.9k views

I need Some information that how to interface mobile with microcontroller (89c51) I have a serial cord and i know i need to use max232 in between but the problem...
3.5k views
Read More →
Archives

Inspired from this post about ECE engineers, I thought we should have such a thread for all engineering branches. A lot of us have experience in the industry and are...
96.5k views
Read More →
Archives

Panasonic India has today launched its new 'out of the world' smartphone called the Panasonic P51 at Rs. 26,900/-. If you're someone who keeps an eye for the gadget-related news,...
3.9k views
Read More →
Archives