@Ankita Katdare • 26 Nov, 2013 • 1 like
The year 2013 has been a great one for Micromax Mobiles, one of the biggest consumer electronics company in India, as the country witnessed the launch of a series of mobile phones from them. Now with the launch of two new smartphones, Micromax seems to be all geared up for the year-end sales. Micromax today announced Micromax Canvas HD A116i and Micromax Juice A77 in its all expanding list of smartphone portfolio. Both the Android smartphones have a varied range of features and prices. Let us take a look at the tech specs and features one by one.

The Micromax Canvas HD A116i features a 5-inch 720p display with resolution of 720 x 1280 pixels and runs on Android OS, v4.1.2 (Jelly Bean). Powered by the 1.2GHz quad-core Cortex-A7 processor, the phone weighs 156g, and packs 4GB of internal memory and 1 GB RAM. On the camera front the Canvas HD A116i sports an 8 megapixel autofocus camera with an LED flash on the rear end and a 2 megapixel front one. For connectivity, users can have Bluetooth, A-GPS and WiFi at their disposal and a host of preloaded apps and games make life easier. A 2000 mAh Li-ion battery packed inside the smartphone offers 5 hours of talk time and 174 hours of standby time. The phone is available for buying on eBay at an official price in India tag of Rs. 14,299. 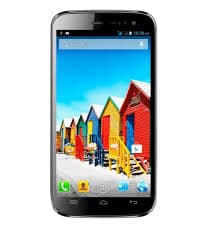 ​
The Micromax Juice A77 is another smartphone from the company that features a 5-inch display with 854x480p resolution and runs on the Android 4.2 (Jelly Bean) operating system. Powered by the 1.3GHz dual-core processor, on the Juice A77 specs chart, there's 1 GB of RAM and 4GB of internal memory that can be extended via microSD card up to 32GB. The primary Camera is a 5 megapixel on the rear side and secondary camera is the VGA on the front side. For connectivity, user's needs are catered to with 3G, Wi-Fi, Bluetooth and microUSB. The phone has been silently launched through the e-commerce site HomeShop18 at a price of Rs. 7,999.

That pretty much sums up everything about the features and tech specs of the two phones. How do you like the Canvas HD range smartphone? Share with us in comments.
13.2k views

May i know the voltage or power consumption on electrical equipments we use?

May i know the voltage or power consumption rates on electrical equipments we use in our homes? How one can make out or on what factor v can say that...
17.6k views
Read More →
Archives

Can I use voltage stabilizer instead of a UPS in computer?

I have a UPS but it is not working. So instead of a UPS can i use a voltage stabilizer for merely stabilizing the voltage and not giving me backup....
18.8k views
Read More →
Archives

A ton of things are happening in the Indian e-Commerce scene. Flipkart, the online megastore that operates out of Bangalore, India had to change the way they operate because of...
3.1k views
Read More →
Archives

If you've been impressed with the Mahindra XUV500 and have checked out the entry level Mahindra XUV500 W4 and the top-end edition W8, you have to check out the latest...
3.1k views
Read More →
Channels
👨‍💻 Remote Jobs 🗞️ News 🚀 Founders Circuit 🗄️ Archives ✨ Newsletter 🕹️ Changelog
About · Privacy · Terms of Service · Contact Us · © 2005 - 2022 CrazyEngineers. All rights reserved.