@Ankita Katdare • 11 Nov, 2014
In the race between homegrown smartphone brands to offer something 'unique', most companies are putting in all their might to feature path-breaking tech specs in their smartphones at unprecedentedly low price tags. It seems that Micromax Bolt A065 has only got the later part correct. Priced in India at Rs. 3,749, the smartphone is here with Android KitKat 4.4.2 operating system and a 1.3 GHz Dual Core engine at its core. Featuring a 4 inch WVGA screen with 480x800 pixels resolution, the Micromax Bolt A065 is powered by a 2000 mAh battery that is said to last 370+ hours on standby and offer about 6.5 hours of talktime. Let's dig a little deeper into the phone's tech specs sheet and find out more about the new device.

The Micromax Bolt A065 comes packs with 4GB internal memory (ROM) which is expandable up to 32GB RAM via microSD card and 512MB RAM. On the smartphone's rear end, you will find a 2 megapixel camera capable of capturing 1200x1600 pixel resolution photos and a 0.3 megapixel snapper on the front with flash support. Among the connectivity options, we find the usual combo of Bluetooth 3.0, USB and Wi-Fi support. 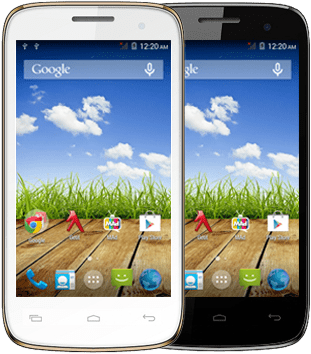 ​
Among the other features, the company lists support for Dual-SIM cards, a loudspeaker, a 3.5 mm audio jack for plugging in earphones and a bundle of preloaded apps that include - M!Live, MAD, Reveire, Kingsoft office, M!Games, getit, Opera Mini, reveire Phonebook etc.

The phone is available on e-commerce portals such as Snapdeal at a MRP of Rs. 5499 and offered at a discounted rate of Rs. 3749. In the sales package, the buyers will receive a Charger, Battery Handsfree, USB Cable, Warranty Card and a Screen Guard. With that we come to the end of the features of Micromax Bolt A065 smartphone. What are your thoughts on the same? Share with us in comments below.

Why 3G network consumes more data Than a 2G network?

This question may look bad but I want to know the reason behind it.I tried to connect the net using teathering and when i use the 2G network and open...
3.2k views
Read More →
Archives

Can Anyone please post Solid Edge v 20 tutorials .. I have searched internet but coulldnt get any :S
1.8k views
Read More →
Archives

Why Repeaters Cannot Be Used In Analog Communication System ?

Repeaters are basically regenerators of input signals.It is used in DCOM system to maintain it's stock amplitude which reduces due to attenuation when long distance from source to destination is...
1.8k views
Read More →
Archives