Ankita Katdare · Nov 22, 2013
Rank A1 - PRO
MediaTek, one of the popular semiconductor companies, has launched what is claims to be the world's first TRUE octa-core mobile platform. The MediaTek MT6592 System on a Chip (SOC) brings in the leading multimedia powers combines with connectivity on mobile with eight-core processing technology. After successfully launching the quad-core mobile platforms, the MediaTek MT6592 now brings in the efficiency of price as well as performance in mobile devices. We can now look forward to seeing our smartphones powered with the MT6592 processor and running the latest Android KitKat operating system as early as first quarter of 2014. Interestingly, the MT6592 is the first to use the power-efficient ARM Cortex-A7 processor in an octa-core configuration with the ARM Mali GPU. Now, Let us take a look at the processor's features.

The MT6592 has got eight CPU cores, each capable of clock speeds up to 2GHz, built on advanced 28nm HPM high-performance process. Thanks to the MediaTek scheduling algorithm, we get optimum temperature monitoring temperature and power consumption every single time. The MediaTek MT6592 features a quad-core graphics engine, an advance video playback system supporting Ultra-HD 4Kx2K H.264 video playback and support for new video codecs such as H.265 and VP9, a 16-megapixel camera and a Full HD display. 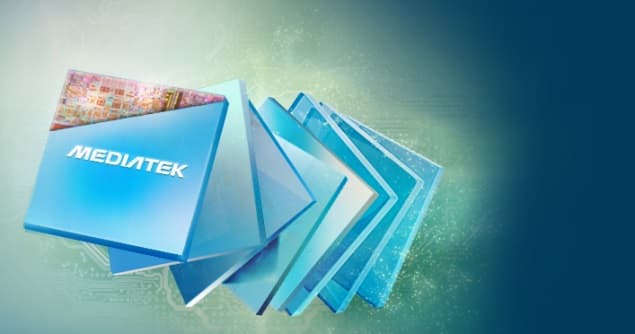 ​
As we look down the technical specifications list, we see that the new SOC features MediaTek ClearMotion technology for automatic frame-rate conversion of standard 24/30fps video to high-quality 60fps video for significantly smoother playback. Incorporating the MediaTek advanced multi-mode cellular modem and a full connectivity capability for dual-band 801.11n Wi-Fi, Miracast screen-sharing as well as Bluetooth, GPS and an FM tuner, the processor has got a Heterogeneous Computing (HC) architecture.

"We are thrilled to offer the new MT6592 to our customers as part of our ongoing commitment to providing inclusive mobile technology,” said Jeffrey Ju, MediaTek General Manager, Smartphone Business Unit. ”The MT6592 delivers longer battery life, low-latency response times and the best possible mobile multimedia experience. Being the first to market with this advanced eight-core SOC is testament to the industry-leading position of MediaTek.”

Readers from India will be thrilled to know that Indian mobile manufacturer, Intex has tied up with MediaTek and will be bringing the first true octa-core smartphone that has got no name yet. Other than featuring the first octa-core MediaTek MT6592 processer, the smartphone will feature 6-inch HD IPS LCD display; 2GB of RAM; 16GB and 32GB inbuilt storage variants and will be shipped in India by early 2014. We are unarguably impressed with the MediaTek MT6592 SOC - how about you? Posted in: #Coffee Room
1 Like
@ A2A Reply