Question asked by Ankita Katdare in #Mechanical on May 21, 2013
Feed Ask New Question

Ankita Katdare · May 21, 2013
Rank A1 - PRO
Nerds among us will remember Star Trek's famous “replicator”, using which Captain Picard could order tea. In an attempt to bringing future in the present, Anjan Contractor, a mechanical engineer by profession is all set to start 3D printing the food. Yeah, the pizza and the chocolates. And you're thinking it right, this means that we will have an alternative solution for putting an end to the world hunger issue. NASA has funded Contractor’s company, Systems & Materials Research Corporation (SMRC), with a $125,000 grant to create a prototype of his universal food synthesizer. It seems, NASA has figured out that astronauts could use some of this food on their spaceships in long space missions. Interesting, isn't it?

So, not just world hunger or space-time food, with the use of this 3D Food printer, we will also solve the lingering problem of food waste. Because this engineer has envisioned a day when we will able to buy cartridges of powder and oils from a grocery store and create nutritionally-appropriate meals created one layer at a time. How so? Well, the powder used in this system will be shelf-stable for up to 30 years, so that each cartridge would be fully exhausted before being returned to the store. I can't resist but quote Mr. Contractor's words, when he says, "If eating something spat out by the same kind of 3D printers that are currently being used to make everything from jet engine parts to fine art doesn’t sound too appetizing, that’s only because you can currently afford the good stuff." He adds, “I think, and many economists think, that current food systems can’t supply 12 billion people sufficiently. So we eventually have to change our perception of what we see as food.” 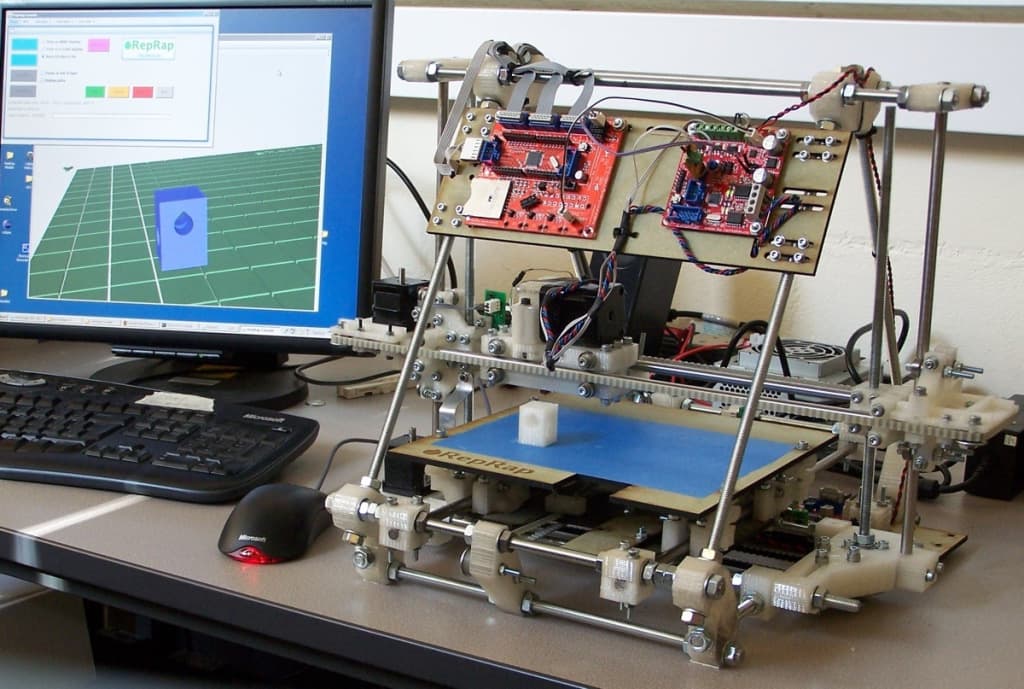 ​
SMRC’s prototype 3D food printer will be based on ​
open-source hardware from the RepRap project.​
​
This innovative new 3D food printing system could be your source of personalized nutrition. Every person's personal dietary needs will be catered to, if we are able to program our needs as input to this system. Based on the open-source hardware of the second-generation RepRap 3D printer, we are only glad that the software behind this 3D printer prototype is going to be open-source, so you can let your creative juices flow for making this hardware more and more useful.​ 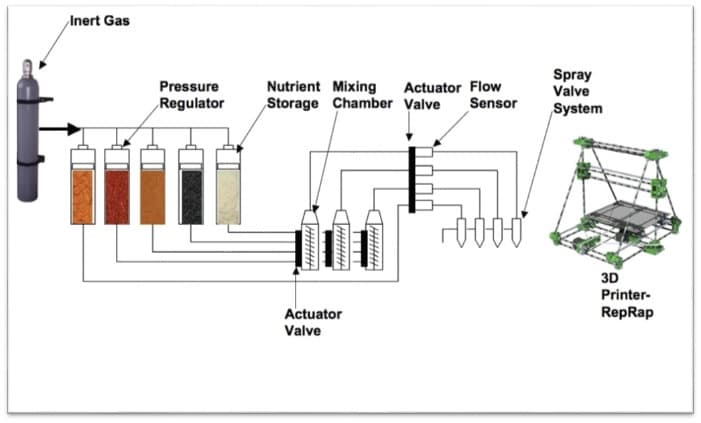 ​
The ultimate in molecular gastronomy. ​
(Schematic of SMRC’s 3D printer for food)​
​
We are only as excited as you are to see this idea build into a sustainable prototype fast so that the emerging markets are the first ones to benefit from it. Imaging a future where, food becomes more and more scarce as population density soars higher than what could be controlled, this kind of a machine would only be a savior of countless lives. And who knows, if space travel indeed becomes a thing for the common man to afford, we will be perpetually indebted to this mechanical engineer for helping us take long-lasting food supplies on our family trips to Mars. We are just dreamy-eyed people, after all. Till that happens, take a look at Mr. Contractor's First Trial of Chocolate Printing on a Flat Cookie -​
​
​
​
Via: Business Insider​
Posted in: #Mechanical
1 Like
@ A2A Reply