Kaustubh Katdare · Aug 17, 2015
Rank A1 - PRO
Google's finally revealed that the Android's sixth major version is officially called Android 'M', with M representing Marshmallow. Google has already set up a new statue in front of its headquarters at Mountain View, California. The uninitiated may note that the company has been following a tradition of naming every major version update after a sweet. We're including a list of all the earlier versions and their names below. Google's Product Manager, Jamal Eason wrote a blog post informing about the release of Android 6.0 SDK and revealing the new name.

Google revealed Android M at the I/O conference but did not tell us what 'M' will stand for. While 'M' was expected as all the previous versions were named starting in alphabetical order, the tech community around the world was curious to know which sweet it will represent. The Indian Android fans on the Internet had been trying hard to get an Indian name for Android. It started with campaigns to name Android L as 'Android Ladoo' and then many wanted Android M to be named after 'Mango Lassi'.

It may look quite funny that the world's biggest Internet search company is naming its top software after sweets, Android continues to be very important and very serious business for Google. The software has already been reported to power about 80% of world's smartphones and seen support from world's biggest electronics giants including Samsung, HTC, Sony, Motorola and others. 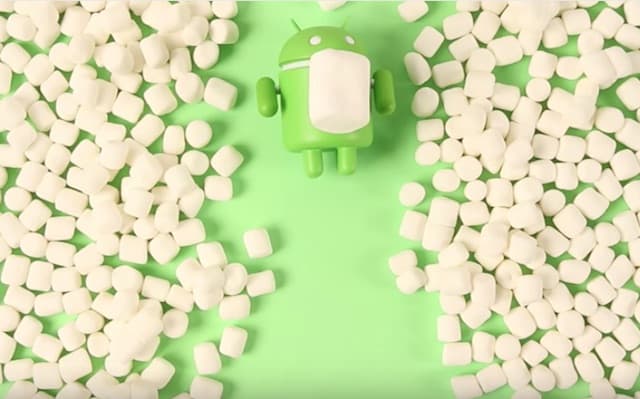 The official release of Android Marshmallow is still weeks away, but Google wants the developers to ready their apps for the new Android. We'll of course, keep you posted about all the developments but as promised, we'll be leaving you with the list of all earlier Android version names -
Source: Google | Via: CNET Posted in: #Gadgets
1 Like
@ A2A Reply

Kaustubh Katdare · Aug 17, 2015
Rank A1 - PRO
That also brings us to a new discuss - What will Android N be named after? Can you think of new sweets starting with letter N?
0 Likes

Satya Swaroop Dash · Aug 18, 2015
Rank A3 - PRO
So the sweet treat I haven’t ever tasted in life is the new version of Android. The Android 6.0 is still a few months away (or even more) for public consumption but I have a genuine concern regarding the pace at which Android is releasing updates for its Android operating system. Sure people who own Nexus, Android One or Motorola devices will be getting it the quickest but what about folks of other smartphone manufacturers. It’s not just the local smartphone manufactures like Micromax, Karbonn or Lava who launch a smartphone and forget about updating it, it’s also the big names such as Samsung. I have seen my friends getting frustrated when they hear from their manufacturer that that are not going to get the forthcoming update because, let’s face it, most device manufacturers do not care about maintaining the software on a smartphone. With the pace Alphabet is releasing Android updates most companies won’t be bothered to update OS.
1 Like

Do you avoid it for any reason?
0 Likes

ash
Do you avoid it for any reason?

We don't have Marshmallows that commonly available in India. I've never seen one in real life.
0 Likes

Ankita Katdare
We don't have Marshmallows that commonly available in India. I've never seen one in real life.

Hmm.. business opportunity there. CE Marshmallows.. 😁 Sure will be a hit once the new android version launches.
1 Like

Jayesh001 · Aug 20, 2015
Rank D3 - MASTER
I have latest 5.1.1 os but literally its not one of its kind,just they are focusing on more and more in GUI rather than performance ,android lolipop itself has so many bugs and personally dont like marshmallow experienced it already !!
0 Likes

Jayesh001
Android lolipop itself has so many bugs and personally dont like marshmallow experienced it already !!

Bugs like ? If it's critical, it will be squashed if you report to Google and provide logcat.

Well I am directing the article to different direction, pardon me.
0 Likes