@Ankita Katdare • 12 Nov, 2013 • 1 like
MAKO Robot developed by Michael Ghandour in Chino, California is fast getting popular as the artificial intelligence bot that can do EVERYTHING. Yep, the multi-lingual robot which is now up on Kickstarter to get some solid backing has surpassed was Apple's Siri does with speech recognition. And what Mr. Ghandour claims to be the best speech recognition software available on PC as well as MAC, MAKO robot's abilities exceed expectations. Enveloped with the goal to bring revolution to the way we interact with computers and technology, MAKO robot has got designers and developers who built the artificial intelligence program to much smarter than Apple SIRI or Android SVoice.

Employing an advanced user interface and voice input, the MAKO Robot features a biometrics system in which it is capable of learning thousands of names and voices, which MAKO analyzes and uses to grow its knowledge. It can recognize and speak to five or more different people at once and not get confused. With this incredible memorization system, MAKO is customizable too and it simulates a real person through the API which is available on their website. 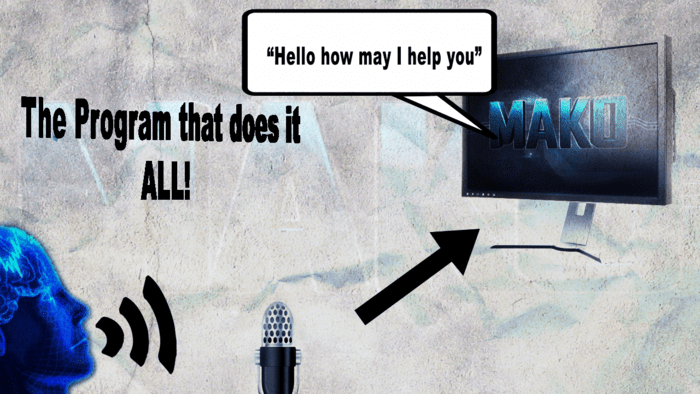 As already stated MAKO is multilingual and can speak in 5 different languages (soon to be 30). When we say it does everything - Well, it can open any website/program on its own. It will search on Google for you and retrieve images from various websites. It will create and print documents for you as well assist you in your Powerpoint slide presentation creation. The possibilites with MAKO robot are really limitless. It can recognize date/time/year as well as the weather forecast. It can do volume control as well empty the recycly bin for you.

Up on the Kickstarter page, MAKO team shares that MAKO displays emotion based on date and time and sometimes randomly. They write, "maybe he is a little grouchy on Mondays, like we all are, but he is always helpful." Check out the following video to see MAKO's actions and a talk directly from the 18-year old developer below -

​
If you like this project, do share your thoughts with us - What do you think about the MAKO Robot that is capable of doing everything on your computer?

Seminar related to new technology in Instrumentation and Control

Hi all, can any one guide me on buying some low cost DSO in India for personal use, which brand is good enough for hobby projects in electronics, i hope...
6k views
Read More →
Archives

How to organize a business plan competition - Guide

Entrepreneurship and startups are the new buzzwords among engineering and MBA students all over India. Everyone wanna startup! I guess that's the reason almost every college event these days has...
4k views
Read More →
Archives

May i know the voltage or power consumption on electrical equipments we use?

May i know the voltage or power consumption rates on electrical equipments we use in our homes? How one can make out or on what factor v can say that...
18k views
Read More →
Archives