@Dhananjay Harkare • 06 Mar, 2015 • 2 likes
We have already heard about companies like Tesla, Google, Apple and others working on self-driving cars, but now reports claims that Mahindra is going to join this elite league. Indian auto-giant is reportedly working on a self-driving car and is experimenting with its electric car Mahindra Reva. A senior executive from Mahindra also informs that the company is working to develop the next-gen car and work is in progress at research and development facility at Bengaluru. Tech Mahindra, company’s technical and software team is also developing software for self-driving car. 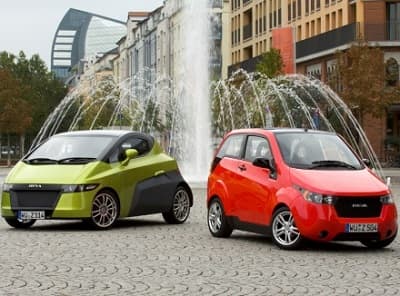 ​
As reported by Economic Times, Mahindra Reva has already submitted proof documents for concept of driver-less car in UK and Singapore. The company is currently awaiting approvals from respective governments. Mahindra can start testing the car on receiving government nod. According to a Mahindra executive, the company would perform road tests of prototype in Singapore and UK but declined to comment of current development of the project. It is also learned that company currently has no plans to test car in India as the roads are always very crowded.

Going with the company’s motto of Mahindra Rise, Mahindra is the first Indian company developing driverless cars. Satish RM, principle research analyst at Gartner thinks that the biggest issue company would face is to develop technologies for several countries because of varied regulatory environment. Mahindra has about 2000 Reva cars on Indian road each with more than 100 sensors attached. The data from these sensors is collected for analysis, diagnosis and research. It is also believed that company would need this data to learn about features that would be automated in driverless car. The company is targeting US, Europe and South-East Asian markets for such a car.

Mahindra has already started crowdsourcing the innovations in few areas of driverless cars. It announced the driverless car challenge last month that invites worldwide engineers to develop such cars with the prize money of $700,000. The first car prototype would have three phases for total duration of 2-3 years.

Via Economic Times
@Ramani Aswath • 06 Mar, 2015 • 2 likes This is for me. I pass the Reva works whenever I go to the R&D unit of one of our units in Hosur. The only vehicle I ever owned or drove (if that is the word) was a second hand Humber bicycle. Certainly in Bangalore I prefer to be a back seat passenger with the belt securely fastened. There are a few Revas in the lay out where I live.