@Ankita Katdare • 06 Feb, 2014 • 1 like
Mahindra & Mahindra Limited has launched a ravishing new Electric Car called 'Halo' at the Auto Expo in Delhi, India. Mahindra Halo has made a big bang entry as the electric sports car in the country. Built completely from scratch up in India, Halo is a two-door, two-seater car that will be commercially launched in India within next three years. If the company gets the requisite support from the Government of India, it might introduce Halo in India first, but right now it looks like the car will be launched initially in the overseas markets. Let us take a look at some of the basic features of the dynamic car.

Mahindra Halo features looks designed by the a team from Mahindra REVA, which consists of designers from Pininfarina and Bertone. The electric car can reach a speed of 100kmph from 0 in less than 8 seconds. With a top speed of 160 kmph, the car promises a range of 200 km on full recharge. The officials have specified that the car can be fully recharged in one hour, while a recharge of 15 minutes will give a range of 25 km. The electric motor that will power the all-new Mahindra Halo, will develop around 105kw or around 140bhp. 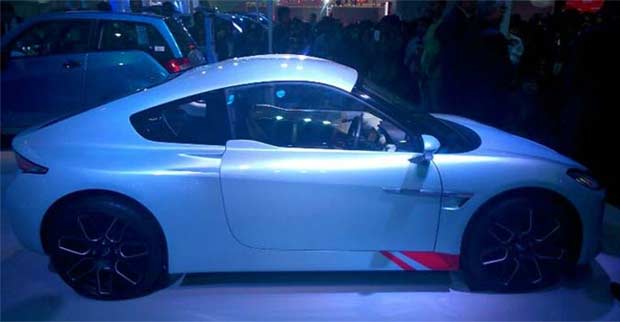 ​
Mr. Pawan Goenka who is Executive Director and President (Automotive and Farm Equipment sectors) at Mahindra & Mahindra shared the company's plans saying that they are working on a bigger powertrain and a final design. In three years, the car will be production ready and become commercially available. It is a long way to go till we see the car zooming past us on roads. Taking a guess at the price, some major automobile blogs report that the Mahindra Halo will definitely not be priced cheap. The estimated price is at around Rs. 30-35 lakh at the time of sale sometime in 2015-16.

The right technologies integrated correctly can create a very big difference in society. As we await more details on the Mahindra Halo's features, take a look at how Mahindra Reva is building smarter cars using next generation technologies.


​
What do you think about Mahindra Halo's features and looks? Share with us in comments below.

what is function of crankshaft? and what application of this?
13.9k views
Read More →
Archives

Hi CEians , I am now using proteus s/w for 8051 stimulation,but it support for only windows only. I like to know is there is any other s/w like proteus...
2.1k views
Read More →
Archives

Here Post the computer tricks and tips:smile:. This can be any computer short cut keys, and locking mechanisms, software easter eggs, anything related to computers and internet.
8.4k views
Read More →
Archives

Why Repeaters Cannot Be Used In Analog Communication System ?