@Ankita Katdare • 30 May, 2014 • 1 like
Intex Mobiles has launched a new android smartphone in India today called the "Intex Aqua i5 Mini", a low budget phone with above average features. Sporting a 4.5" IPS FWVGA display with a resolution of 854 x 480 pixels, the new phone in the Aqua Series from Intel boasts of a 1.3 GHz quad core processor. The Dual SIM device features Android 4.2.2 Jelly Bean OS and 1 GB RAM. Inside a body that weighs just 150 g, we find a 1500 mAh battery with 4-5 hours of talk time and 180 hours of standby time. Let us take a look down the tech specs sheet to dig out further details about the new smartphone.

The phone is packed with 1.69 GB memory and thanks to microSD support, it can be extended up to 32 GB. The camera on the rear end is a 8 megapixel with autofocus and flash as well as options such as - Panorama Shot, Face beauty, HDR and Continuous shot. Whereas the front camera is 2 megapixel provided for making video calls and clicking selfies. The user's connectivity needs are catered to using USB, WiFi tethering, Bluetooth, micro 4 pin port, GSM and GPS. The Intex Aqua i5 mini is also equipped with features such as - Auto Call Record, Flip to mute, FM recording,multiple themes, LED flash, smart launcher(my vividscene), shake and change wallpapers, proximity lock screen and air shuffle for camera. 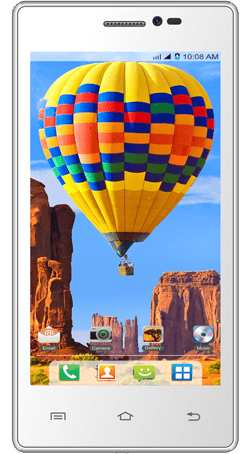 The Intex Aqua i5 Mini is priced in India at Rs. 6,850. The only competitors it has in market Nokia X Dual SIM, Micromax Canvas Doodle 3, Moto E and Samsung Galaxy S Duos, which all fall in the same price range. What are your thoughts on the new phone from Intex? Share with us in comments.

Source: Intex Mobiles
@Rajni Jain • 31 May, 2014 With Micromax Unite 2 and MOTO E in market (in price range of 6999), other vendors should stop manufacturing the smart devices. Both the devices gives outstanding offering in this price range.

Though Intex Aqua i5 had tried its best to match the specs but couldn't succeed in many departments. Not impressed !
@spiceluvver • 03 Jun, 2014 Also Xolo is giving tough competition to micrmax, motorola amd samsung in this price range.
4.5k views

Today most of the battery operated electronic gadgets are powered by lithium ion batteries. But with the growing demand for long lasting batteries, a new substitute in the form of...
9.8k views
Read More →
Archives

What will be the role of a Graduate Engineer Trainee

Why I did I not receive the reference ID from TCS NextStep?

I have registered in the TCS next step portal. But I didn't recive the reference ID. What should I do to get the reference ID?  could you help me to...
13.2k views
Read More →
Archives

can somebody please explain the difference between expansion and construction joint with simple example? what are its practical usages?
37.9k views
Read More →
Archives

What is the value of a Coursera Certificate? How useful is it?

A lot of people are opting for online education. With websites like Coursera offering certificates for successful completion (by evaluating you on an online test) for a course on a...
18.3k views
Read More →
Channels
👨‍💻 Remote Jobs 🗞️ News 🚀 Founders Circuit 🗄️ Archives ✨ Newsletter 🕹️ Changelog
About · Privacy · Terms of Service · Contact Us · © 2005 - 2022 CrazyEngineers. All rights reserved.