Kaustubh Katdare · Aug 27, 2015
Rank A1 - PRO
The touchscreen revolution has made several typing kings and queens feel left out. If you miss the sensual touch of your physical keyboard while typing long messages or emails on your tablet or mobile, LG's got you covered. The Korean company will unveil an innovative physical keyboard that folds into a 'stick' that can fit into your pocket, purse or briefcase. The product is officially called KBB-700 and it will be unveiled at the IFA 2015 (September 4-9) in Berlin, Germany. LG informed about the keyboard through an official press release.

LG says that the new keyboard is industry-first solid rollable wireless portable device. It features high-contrast keys along with a mobile device stand. The keyboard offers 17 mm key pitch, which is the distance between the center of the adjacent keys, making it as good as a full sized keyboard with 18 mm key pitch. The keyboard is made using polycarbonate and ABS plastic which makes the keyboard very durable and impact-resistant. 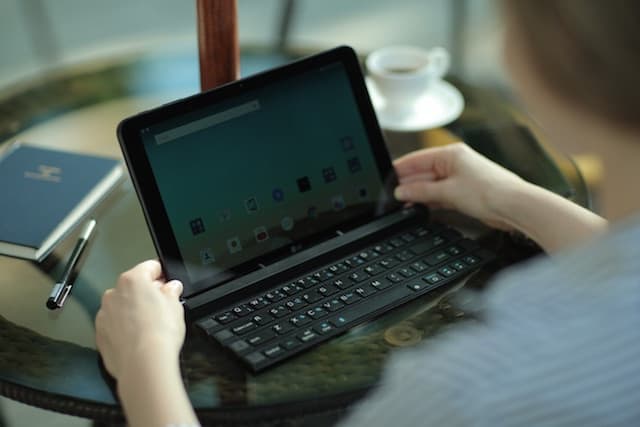 ​
The keys will offer tactile feedback, which should make typing a pleasing experience. The keyboard has two arms to hold your tablet or mobile in upright position. As soon as you unfold the LG Rolly Keyboard, it will enable the bluetooth auto-pairing function. LG confirms that with Bluetooth 3.0, the keyboard can pair with two different devices at a time and use can quickly toggle between the devices connected with a simple key press. The keyboard is powered by single AAA sized battery. LG says that the keyboard will last for 3 months of average use.

Seo Young-jae, VP in charge of innovative personal devices at LG says that the Rolly Keyboard is just one of the premium input devices the company will launch in following weeks. After its official unveiling, LG plans to bring the keyboard to international markets including United States, Europe, Latin America and Asia by the end of the year.

Do let us know your thoughts about the LG Rolly Keyboard. Posted in: #Coffee Room
1 Like
@ A2A Reply