Abhijit Dey · Jun 3, 2013
Rank C3 - EXPERT
Image processing has undergone many innovations with time, which has always boosted up the quality. But it has always followed the same principle that it works on, that is, using a lens to create an image and a recorder to capture all the photons. Though the way these captured photons go through imaging has drastically changed with better and efficient algorithms, a new technique may bring in a revolution. The people at Bell Labs, New Jersey are calling it 'Compressive Sensing', which means that the data taken from the images are not much different from each other, but only have fractional changes in their measurements and are redundant. With compressive sensing they have built a camera with no lenses, using only a single sensing pixel, and the best part being that the image is never out of focus. 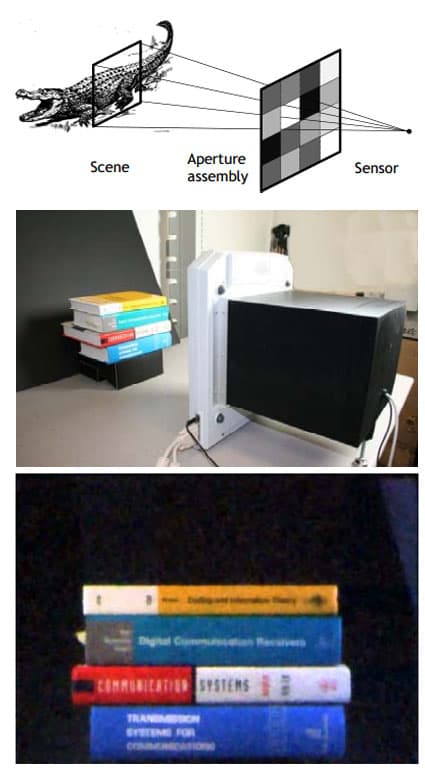 This technique could change optical, infrared and millimetre wave imaging. The camera is made up of only two components, an aperture assembly, and a sensor. The LCD panel allows the light to pass and a single sensor detects the three light colors of the image. Lesser the data in the scene, lesser data is recorded for imaging.

This device has many benefits over the conventional camera we have been using until now. There is less amount of data generated, no problems for bad focus since the whole image would be in focus and it would be cheap since the team has used cheap components to build the camera. The only thing bothering them is that the device takes a lot of time to collect the data and process the image of only still screens and the team is researching to overcome this. Another good thing about this would be that this principle can be used for the other wavelength of light too like infrared and millimetre waves, which could make it relatively cheaper.