Lenovo A2010 On Flipkart: Cheapest 4G LTE Smartphone In India

@Ankita Katdare • 19 Aug, 2015 • 1 like
Lenovo India has made an exclusive partnership with Flipkart to launch its new smartphone called the Lenovo A2010 in the country. The phone proudly boasts the title of 'cheapest 4G LTE' smartphone and has some above average specs for the price it is offered at. Running on the Android v5.1 Lollipop operating system, the Lenovo A2010 has a lot going for it in terms of the basic features that every cautious buyer hopes to have in an Android smartphones. For instance, the phone is a Dual SIM one (GSM + LTE) and comes with a 1 GB RAM and 8 GB ROM, which is expandable up to 32 GB via microSD card. 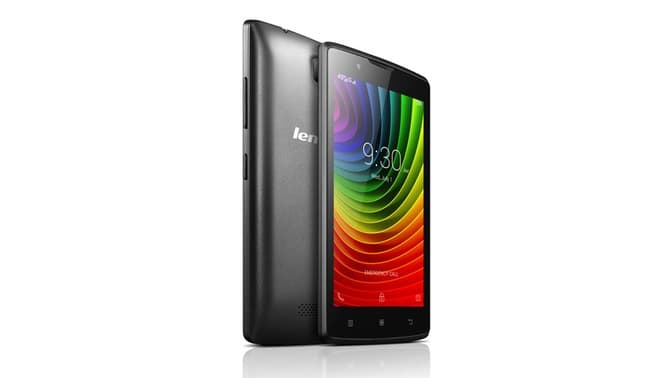 ​
The 4.5 inch screen has a resolution of 854 x 480 pixels and comes with two-point multi-touch, twisted nematic touch screen display that supports 16M colors. Running on a powerful Quad Core 1 GHz MediaTek MT6735M processor, the Lenovo A2010 brings a 5 megapixel camera with LED flash on the rear and a 2 megapixel selfie snapper on the front.

A Li-Polymer 2000 mAh battery on the phone brings a talk time of 8 hours on 3G and up to 360 hours in standby mode. The overall weight of the phone is 137g and comes packed with a gravitation sensor.

With all those features under its hood, the Lenovo A2010 is priced in India at Rs. 4990 and has gone on sale via e-commerce portal Flipkart just ahead of the festive season. The phone comes with a box full of accessories such as the Battery, USB Cable and a 2-pin Wall Charger as well as a one year manufacturer warranty.

What are your thoughts about the new Android in market? Share with us in comments below.

Source: Flipkart
@vishal Lokhande • 21 Aug, 2015 Lenovo making there way ahead n ahead in India market now a days👍 , I saw good number of lenovo handsets in my work place n people are satisfied with performance n package provided by manufacturer. In such crucial timing company launching such affordable handset which is plus point 👍.
the phone featuring almost all requirements which needed by an common smart phone user . This will be hit for Lenovo..😁
@Sahasrasani • 21 Aug, 2015 Wow!Its great to hear. Another smartphone from levovo with cheapest LTE after Lenovo A6000plus 😎. Both have unique qualities, 4G LTE and package is also best. Phone featuring is also best.👍
@Ankita Katdare • 08 Sep, 2015 This phone is now available on Open Sale at Rs. 4990 on Flipkart. If anyone is looking to buy, now is the time.
3.1k views

Sir/Madam engineers I'm badly needed some ideas or proposal for our thesis this year.. Hoping for your kindness... ^^,..
17.3k views
Read More →
Archives

The Indian Space Research Organisation said that with the rise of fake Facebook and Twitter profiles about ISRO, the chances of spread of unauthentic information increase. On Monday, it warned...
3.2k views
Read More →
Archives

Idea Cellular's arena of smartphones just got a new entry with the launch of Idea AURUS 2, an all new Dual-SIM Android smarphone, which is a successor to the Gingerbead...
4k views
Read More →
Archives

I have a prediction today. Engineers have a love-hate relationship with all entertainment systems. However, they work better and healthier than cocaine as stress busters. How many of you are...
5.8k views
Read More →
Channels
👨‍💻 Remote Jobs 🗞️ News 🚀 Founders Circuit 🗄️ Archives ✨ Newsletter 🕹️ Changelog
About · Privacy · Terms of Service · Contact Us · © 2005 - 2022 CrazyEngineers. All rights reserved.