@Ankita Katdare • 02 Sep, 2014
LAVA International Limited has been pretty excited about its Iris series of smartphones and after the success of the popular Iris X1, the company is back with a new "Selfie Smartphone" called - the LAVA Iris X5. While the smartphone is being promoted as a perfect combo of great camera and graceful design, let's take a look at what the "made for selfie" smartphone has in its technical specs department to decide if it offers value for money. Starting with the OS, there's Android 4.4 KitKat powered by 1.2 GHz Quad Core processor and 1 GB RAM under the hood. There's a 5’’ HD (1280 x 720 pixel) IPS-LCM rich display that features sharper images and brighter screen. Also, thanks to OGS 5-Point touch, the touch-screen experience is expected to be smooth.

Coming to the camera with which the company hopes to lure all the shutterbugs - We have a 8 megapixel cam with support for auto-focus on the rear end and a 5 megapixel snapper on the front with LED Flash support. Thanks to wide-viewing angle shot feature, users can capture pictures up to 84 degree with the front camera. A 2100mAh battery is packed inside the Dual SIM phone under the dimensions - width 71.5mm and thickness 7.7 mm. On the storage and connectivity front, the Lava Iris X5 brings 8GB internal memory (expandable up to 32GB via microSD card) and support for 3G connectivity, Wi-Fi, Bluetooth v3.0 and micro- USB v2.0. 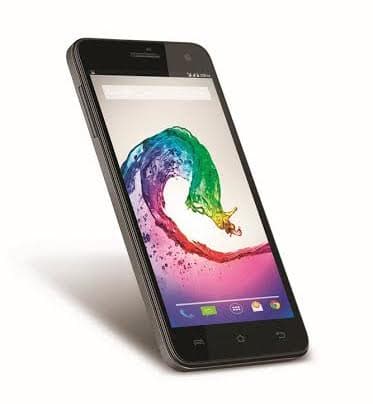 ​
Available in 3 colors options - Black, White and Grey, the Lava Iris X5 is priced in India at Rs. 8799. Among the bundled accessories, buyers will find an Intelligent Flip cover powered by hall sensor that can be used to put the Iris X5 automatically in sleep mode when not in use to ensure reduced battery consumption. On that note, it's safe to say we've covered all the technical specifications for the new Iris series phone.

Like most other Android phone brands, Lava has tied up "exclusively" with Amazon.in to sell the smartphone online (with a free 16 GB memory card on offer). We would love to read your thoughts on the phone's overall look and appeal as well as its price and features. Shoot in comments.
@Gollapinni Karthik Sharma • 02 Sep, 2014 For that price, it seems a good phone. Nice configuration and nice specs. Battery also seems pretty impressive. Have to look how the phone runs on the 4.4. Lags and hanging part and the gaming part.
10.4k views

Born and brought up in Kerala in a family that runs educational institutions, Sandeep Nambiar grew up in an environment where education was given a lot of importance. After completing...
4.9k views
Read More →
Archives

Next door to me live four brothers of different heights. Their average height is 74 inches, and the difference-in height amongst the first three men is two inches. The difference...
10.4k views
Read More →
Archives

The campus placements season is on. We're getting lot of visitors who're looking for help on interviews, aptitude tests and so on. We already have several how to face interviews....
5.1k views
Read More →
Channels
👨‍💻 Remote Jobs 🗞️ News 🚀 Founders Circuit 🗄️ Archives ✨ Newsletter 🕹️ Changelog
About · Privacy · Terms of Service · Contact Us · © 2005 - 2022 CrazyEngineers. All rights reserved.