@Ankita Katdare • 16 Oct, 2014
As was expected, India Kawasaki Motors (IKM) has launched its two new naked street bikes named Kawasaki Z250 and Kawasaki ER-6N in the country. The much-awaited bikes are among the first ones to enter the sub-5 Lakh segment within the company's portfolio in India. While the Z250 is priced at Rs. 2.99 lakh, the ER-6N model will start selling at Rs. 4.78 lakh (ex-showroom, Delhi). The bikes are set to compete with the likes of Suzuki Inazuma and KTM 390 Duke in the Indian motorcycles market. Let us take a look at each new bike's specifications and features to find out what these mean machines have to offer for the prices they are being sold at. 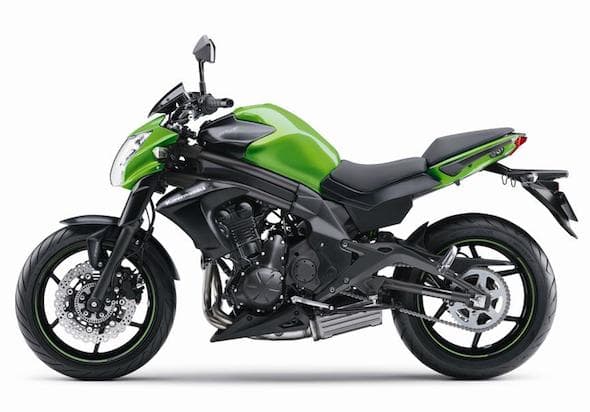 ​
The naked sportsbike also features lightweight pistons along with the sleeveless aluminum die-cast cylinder with plated bores and open-deck construction that ensures that the bike's weight remains minimum. The front and rear disc brakes come with a 290-mm front petal disc and a 220-mm rear petal disc respectively.

Next bike on today's launch list is the Kawasaki ER-6N, that's heavily inspired from the Japanese company's older model - the Ninja 650R. Powered by a 649cc parallel twin engine that delivers 72.1PS at 8,500rpm and 64Nm at 7,000rpm, the Kawasaki ER-6N specs and images suggest a naked perimeter frame and a mono frame headlight assembly. Power is transmitted to the rear-wheel through a 6-speed transmission Featuring a tubular diamond type frame that's supported by 41mm telescopic forks at front and preload adjustable mono-shock setup at rear, the ER-6N comes with dual semi-floating, petal disc brakes at front and single 220mm petal disc brakes at rear. Also on the bike's features list are an analogue tachometer coupled with a digital screen. 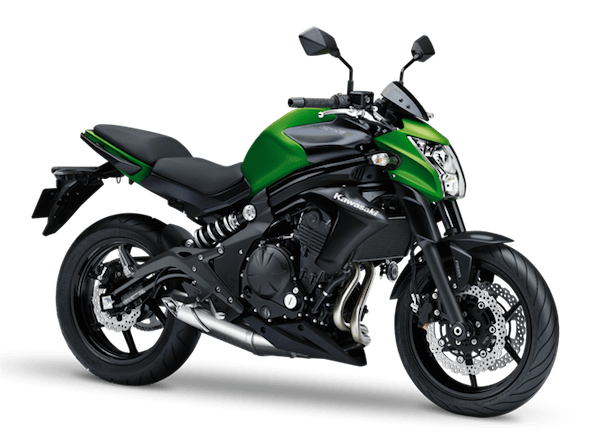 The company has shared in a press release that the completely knocked down (CKD) kits for the two new bikes will be imported from Thailand and assembled at the Bajaj Auto’s Akurdi, Pune facility, where Kawasaki also assembles its already popular Ninja 300 and the Ninja 650. With hopes to sell 200-250 units of each of these bikes within the next one year, the company is all geared up by opening 4 new showrooms in the country.

Do let us know what are your thoughts on the new naked sports bikes in India via comments.

Oops
The price range makes me trembling!!!!!
If i own a sports bike , my preference would be Suzuki Hyabusa or Kawasaki Ninja
@prahu mac • 17 Oct, 2014 too dangerous esp in india and that too in our road conditions to ride these bikes!!!!!
@Bella Edward • 02 Dec, 2014 Great Review! Thank for Sharing 😀
3.6k views

Can anyone pls Guide me to do an effective but cost efficient medical electronic major project? I wud lyk to get some suggestions o pdfs or docs on any of...
3.4k views
Read More →
Archives

The GNOME developers are busy developing a new notification system which will replace the current implementation of the notification tray in their upcoming stable release of GNOME 3.14. Among the...
3.3k views
Read More →
Archives

What is the difference between KVR , KW and KVA?