@Ankita Katdare • 17 Apr, 2015
With a dedicated fanbase among Indian consumers, Mitsubishi Lancer Evo was one of the most sought after cars in the country. Putting an end to its production, Mitsubishi has announced that they are launching the final edition with Lancer Evolution X model and only 1000 units of the car will be sold exclusively in their home country Japan. The company has confirmed that the decision to chuck their top performing turbo-sedan comes from their vision which is directing towards focusing on electric vehicles of the future. Priced at USD 35,800, the pre-bookings for Lancer Evo X have began and the company hopes to initiate deliveries by the month of August. 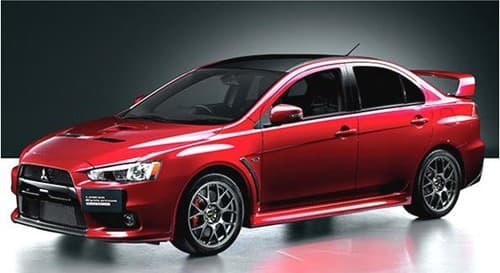 ​
To be made available in 5 colour variants - Black, White, Red, Blue and Grey, the final edition Lancer Evo will feature a 291 BHP MIVEC turbo 2.0-litre engine coupled with five-speed manual transmission system and 18-inch BBS alloy wheels. Based on the Evo GSR model, this sedan sports a gaping front grille, blacked out roof, a race spec diffuser on the rear, single rear exhaust tips on both ends and a rather protruding bonnet. Among other features that deserve your attention are Bilstein shocks, Eibach springs and Brembo brakes. As you can see from the image below, the final edition written below the logo is sure to stand out. 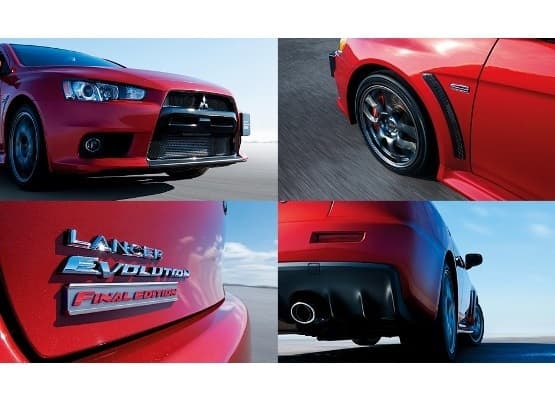 ​
That's all about the main features about the Lancer Evo X edition you ought to know. As the company focuses on Electric segment, we are hoping to see more products like the World's Fastest Elevator launching in the years to come.

What are your thoughts on the final edition of the legacy that is called Mitsubishi Lancer Evolution? Share with us in comments below.
@karthik palanisamy • 17 Apr, 2015 Awaited that it would be released in india aswell ! Limited Edition
@Ankita Katdare • 17 Apr, 2015

karthik palanisamy
Awaited that it would be released in india as well ! Limited Edition

Unfortunately, the company has declared that it will be producing only 1000 units and those will be sold only in Japan.
9.6k views

What is a sequence generator?

what is a sequence generator??how it works?and y do we need it ??and where it is used ??😕
6.9k views
Read More →
Archives

Hello all, Every year we celebrate CrazyEngineers Anniversary on 26th November to mark the day this amazing site came into existence, by having online contests for all our members to...
6.4k views
Read More →
Archives

Year back - can i appear for GATE exam ?

I got a year-back, and so my engineering went up to 5yrs, does that mean, i can't write GATE?
8.5k views
Read More →
Archives

Heyy guys..I'm a TE extc student and I have to make a mini project using Pic microcontroller or else using any other microcontroller except 8051. So could you guys suggest...
6.1k views
Read More →
Channels
👨‍💻 Remote Jobs 🗞️ News 🚀 Founders Circuit 🗄️ Archives ✨ Newsletter 🕹️ Changelog
About · Privacy · Terms of Service · Contact Us · © 2005 - 2022 CrazyEngineers. All rights reserved.