@Ankita Katdare • 07 Mar, 2015 • 1 like
As India is facing the burning question of whether or not the BBC Documentary 'India's Daughter' should have been banned or not, folks over at UST Global have taken some concrete steps to provide help for women who could get caught in a life-threatening situation. On account of International Women's Day celebrated on 8th March, we recommend everyone in Thiruvananthpuram to check out the new iSafe app that's there to provide help when it's most needed. Developed by UST Global's innovation center, iSafe app is a module within the Android App titled 'Thiruvananthapuram City Police' which has been around for quite some time and providing help to the citizens for reporting complaints against violation or crimes and for quickly availing various emergency services. The IT services and solutions MNC got their 'The Apple Tree' innovation center to conceive the app feature named 'iSafe' that specifically caters for someone stuck in a panic situation and needs to seek help from their relatives, friends, or even the police.

The news of the iSafe app came to light when the application was presented at the Hi-Tech cell of the Kerala Police. In case of a panic situation, the application can be opened with the press of a button. In the background, the application retrieves the user’s current location and sends a message to predefined recipients. The recipients can easily track the changing location of the app's user if he/she moves from one location to another as the application automatically sends updated messages with the new location. 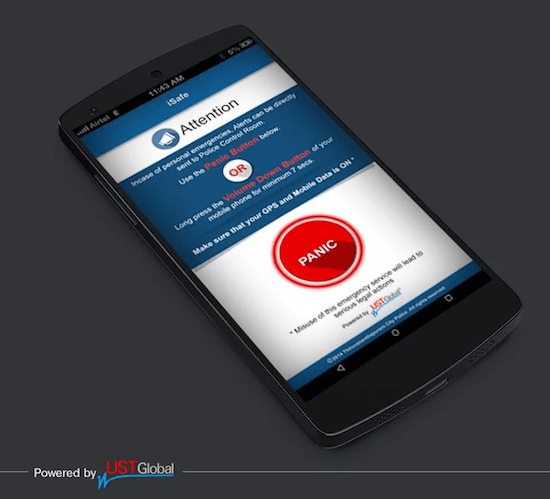 The iSafe app is currently available for download on the Google Play Store (Android devices) and should soon roll out on iOS devices too. The developers have promised that the app will be activated by 10th Mar 2015.

What are your thoughts on such women safety apps? Has anyone used one in their city and found it real helpful in a problematic situation? Let us know your opinions in comments below.

hi , i am doing third year mechanical. there is a mini project this year... so anyone can help me out with ideas😕
6.3k views
Read More →
Archives

Has anyone been arrested for downloading torrents in India?

Downloading torrents is officially illegal in India and I'm wondering if you know anyone's been arrested for downloading torrents. What I'm trying to know is whether the government has already...
17.8k views
Read More →
Archives

Is it possible to store some data permanently in RAM?

Samsung has been constantly criticised for its done-to-death plastic designs. Samsung fanatics find it difficult to distinguish between Galaxy Grand and Galaxy S IV from couple of feet away. Considering...
1.8k views
Read More →
Archives

Watching ABC.com online streaming from outside US?

I am dying to see the TV series LOST - 4th season. When I was in US i was able to access it online at following URL. ABC.com Full Episode...
1.8k views
Read More →
Channels
👨‍💻 Remote Jobs 🗞️ News 🚀 Founders Circuit 🗄️ Archives ✨ Newsletter 🕹️ Changelog
About · Privacy · Terms of Service · Contact Us · © 2005 - 2022 CrazyEngineers. All rights reserved.