Intex Cloud X3 Price In India Is Rs. 3790 - Quad Core Power At Price Lower Than Ever!

@Ankita Katdare • 26 Jul, 2013 • 1 like
Intex India has launched an all new smartphone called the Intel Cloud X3, that has got its own claim to glory by bagging home the title of 'Cheapest QuadCore Smartphone'. If you have been making frequent rounds of the tech news stations, you would probably remember that back in May, Mediatek's MT6572 chipset was the world's first Dual-Core SoC with Wi-Fi, GPS, Bluetooth & more, to have promised us to bring smartphones that are cheaper than ever before. Looks like Intex has lived to the expectations, and brought to us the shiny new Intex Cloud X3 with tech specs that shout of an Android Jelly Bean OS running atop a 1 GHz dual-core Cortex A7 processor that brings 256 MB of RAM and 115 MB of internal memory (expandable via microSD up to 32GB) with it in the box.

As you can see from the image below, the Intex Cloud X3 features a 3.5-inch capacitive touchscreen. It displays everything at 480 x 320 pixels resolution. There's a 2 megapixel rear camera and VGA front one. As we dig deeper into the tech specs chart for the new Intex phone, we find a 3.5mm headphone jack for audio and support for 2G EDGE/GPRS, WiFi, Bluetooth, GPS and FM Radio. So there's not much to argue in there. The phone is of course a Dual SIM (GSM+GSM) and though we think that the features of the Cloud X3 are just ok, the price segment of below Rs. 4000 with the quad core power might just get Intel some drooling Android fans at the Android retail stores. 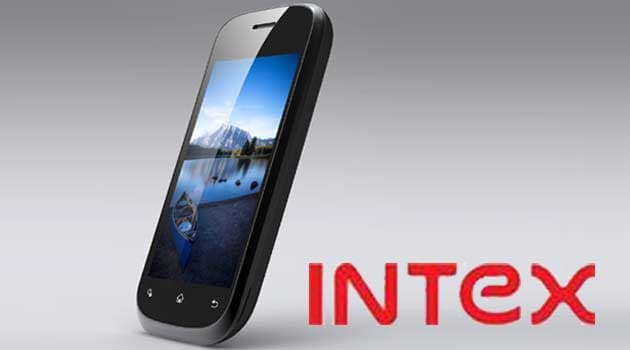 The phone gets booted up by getting its power out of a 1450 mAh battery that would give the user up to 6 hours of talktime and about 200 hours of standby time. If all that seems perfect, think again. The low memory could be a delimiter in the performance of the phone and for your storage needs. The 115 MB internal memory could cause some problems in downloading apps. Since we are keeping away from passing a judgement till we get some hands-on scoop and fan reviews, we can't help but think that the Indian market is going to welcome this phone for the unprecedentedly low price. Who would have thought that so soon we would get a dual core chipset in the mid-segment range of phones. We are ever grateful to MediaTek as well as Intex for taking this step.

With the official price in India being Rs. 3790, you ought to know that the manufacturer has said that the Intex X3 is up for selling through various retail outlets and online. What are your expert comments on this new gadget in town as you get the first impression? Share your thoughts in comments.
@Sarathkumar Chandrasekaran • 27 Jul, 2013 Definitely a good phone but internal memory and ram makes to think twice before we go for it.
@priyesh_kolte • 27 Jul, 2013 Well I think at Rs3790 what else we should expect? I think it will prove to be wonderful phone for those who are trying smart phones for 1st time. It can also attract children's as parents also won't have any objection for price.
We should remember that our market mostly welcomes value for money products.
@Jeffrey Arulraj • 27 Jul, 2013 Too low in built memory not a good sign for any mobile it is one gadget to waver away

Not worth to purchase unless you want to use a touch mobile for messaging and calling
@Anoop Mathew • 28 Jul, 2013 Who would want a 1GHz dual core processor with just 256MB of RAM? And besides, why would parents want to waste Rs 3790 for such a phone for the sake of kids? All kids these days have good models with them - I don't see the point of introducing a touch variant at such a price. 👀
3.2k views

PDF to EXCEL convertion through Java

Hi friends i want to do my main project on java.The main aim is to store university result in database,the university send a PDF file to respected colleges.So my activities...
11k views
Read More →
Archives

Launched with an aim to boost Moon exploration, the Google Lunar XPRIZE is designed to inspire enthusiast pioneers to help develop robotic space transport on a budget. With the deadline...
3.6k views
Read More →
Archives

Do Certificates Matter In Campus Placements?

hello moderator, sir i m pursuing btech in it field. Now i m in 3rd year.Can u suggest me whether certificate matters in the incampus or offcampus placements? I have...
3.9k views
Read More →
Archives

Career shift from IT to VLSI

Hello, All I'm a 2015 ECE batch passout. I am planning to join Software manual testing and automation course as I can't afford to join any ECE core courses. I...
4.8k views
Read More →
Archives

What are Mutation Strings?

Hi guys , What are mutation strings? How are they used in programming? Can we use the same in C language. Can some give a clear idea about these mutation...
7.3k views
Read More →
Channels
👨‍💻 Remote Jobs 🗞️ News 🚀 Founders Circuit 🗄️ Archives ✨ Newsletter 🕹️ Changelog
About · Privacy · Terms of Service · Contact Us · © 2005 - 2022 CrazyEngineers. All rights reserved.