@Guneet Khanuja • 09 Sep, 2014 • 7 likes
If you have been on social media, you have heard about them. AIB (short for All India Bakchod) is co-founded by comedians Gursimran Khamba and Tanmay Bhat, along with Rohan Joshi and Ashish Shakya. Their comedy shows, podcast episodes and other gigs, including youtube videos such as 'Rape: It's Your Fault' featuring Bollywood actress Kalki Koechlin and the recent 'Alia Bhatt - Genius of the Year' have went super viral and attracted more than 50 lakh views each. 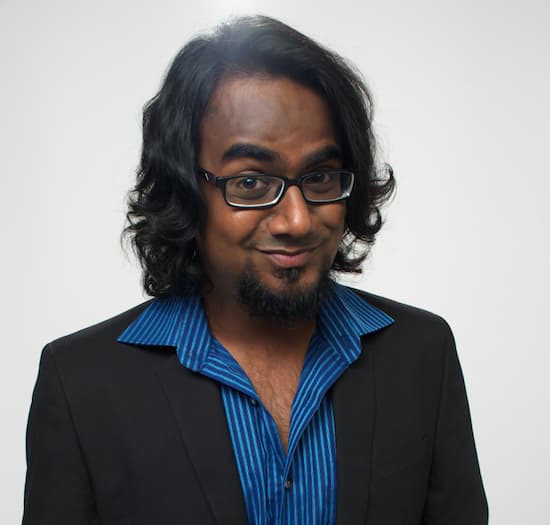 ​
1. Nobody had ever done a comedy podcast show in India before AIB. Could you please tell our readers what ignited the spark in you to start with AIB? How did you get in touch with Tanmay Bhat?

2. Where do you look for to get a dose of inspiration?

Ashish: We live in India, where inspiration is screaming at you from newspapers, TV channels, films and the weird, wonderful mess that we call society. We see the same things as everyone else - it's just that our twisted brains help in extracting humour from it.

3. How do you go about marketing your business? What has been your most successful form of marketing?

Ashish: We've relied pretty much only on social media for promotions and marketing - be it Twitter, Facebook or more recently, Youtube. For example, the past year saw a whole new set of people come in to our live shows. These were people who hadn't necessarily been following comedy before. They just saw us doing fun stuff on Youtube and wanted to see what we were like live. So over the past year, Youtube has been a major driver for our live shows. That's how we managed to sell out large-capacity auditoriums across the country over a period of five months (for the Royal Turds).
That was for the audience. We're managed by OML Entertainment, so when it comes to reaching out to clients and sponsors, they're the ones reaching out on that front.

4. How many people are there in the AIB team? What are some of the memorable moments for the the team when behind the camera? 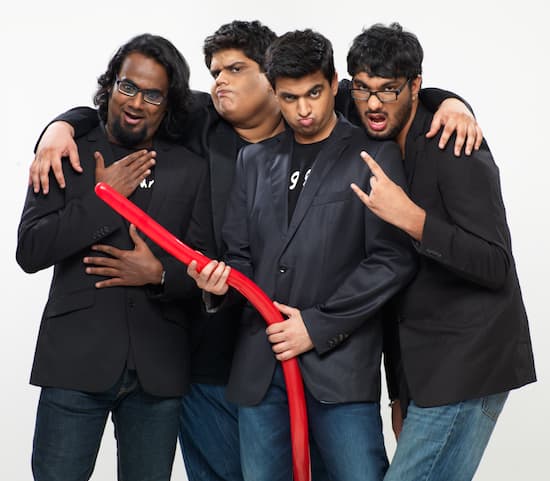 ​
5. Would you rather be a worried genius or a joyful simpleton?

6. What lessons can others startups learn from AIB about keeping their audience hooked? What is your competitive advantage and why do you think it cannot be copied?

7. If you could go back and do it all over again, from the time you first began planning for your AIB, what would you do differently the second time around, and why?

9. When do you think is the appropriate time of an exclusive direct-to-internet production model for All India Bakchod?

11. What other avenues is AIB willing to explore in the near future?

12. Do you remember that time five years ago when you were extremely upset? Does it really matter now?

13. A startup's product or a service going 'viral' on the internet today has become a benchmark for every entrepreneur? When and what was the first thing that went viral for you? Can other entrepreneurs get some advice on 'going viral'?

14. If you just won a million dollars, would you quit your job? Why? Why not?

15. Thank you for your time. What three pieces of advice would you give to college students who want to become entrepreneurs?

Ashish: Follow your gut, work hard to ensure quality, capitalise on your strengths and have fun.
@Ankita Katdare • 09 Sep, 2014 • 4 likes Great interview. 😁
I thought the idea and concept behind the AIB's Indian Mario video was simply genius & totally hilarious -


and this is a good piece of advice -


Do your best, churn out a quality product and then let people take it from there.

Facebook seems to have decided what they really want to do with their 19 billion dollar baby - WhatsApp. From what we already knew but did not really want to...
5.1k views
Read More →
Archives

Can civil engineers work in an oil and gas company?

Civil Engineering is one of the oldest professional engineering disciplines which deals with the planning, designing, supervising construction and then maintenance of infrastructure facilities, essential for our modern life. Civil...
7.1k views
Read More →
Archives

Dear, I am working in Saudi Arabia as electrical engineer with a Turkish based contracting company. I would like to return india soon and would like to establish my own...
4.5k views
Read More →
Archives