Guneet Khanuja · Oct 20, 2014
Rank C2 - EXPERT
Attify, a Mobile Security Services and Training company, was founded by Aditya Gupta and Hrishikesh Kumar in the year 2013. Attify is based in Bangalore, India. 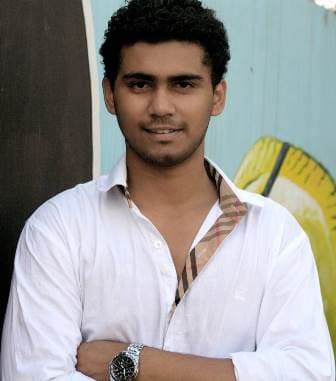 ​
1. Hi Aditya. Could you tell our readers more about Attify?

2. How did you meet Hrishikesh Kumar, co-founder at Attify?

3. Could you tell us a bit more about the team's educational and professional background?

Hrishi graduated this year (2014) from IIT Guwahati. He is also a mobile enthusiast and loves to build new stuffs. He is avid blogger at collegewires.com in which he generally shares his learning on mobile application development. Even though he isn’t from a security background for long, he is a quick learner and currently focuses on the product development at Attify. (His astute ability has helped him to gain new heights in security front even though he entered late in the business. Currently, he focuses on the product development at Attify.)

4. If you wanted to create an environment where motivation can thrive, what is the first thing you would do?

5. Who has influenced you the most?

6. When is breaking the rules okay? Tell us about an instance when you did something against the guidelines? How did that help Attify?

7. How can one approach the unknown? How can "Contacts" help any startup?

8. What are the three key books you feel any engineer should read, and why?

9. Thank you for the time you have spent with us. Any message for our readers?

Aditya: Thanks a lot Guneet. It was great sharing my experience with your readers. CrazyEngineers is one of the websites which we follow since the very start, and it’s really nice to have Attify in it.


The key to success is perseverance. You’ve to keep working hard, and giving your best all the time. Sooner or later, things will start working out. You’ve to stay focused on what you’re doing and be a great team player at the same time.