@Ankita Katdare • 17 May, 2013 • 7 likes
The Indian Government is looking to it that the Indian Space Research Organisation (ISRO) is develops the Indian Regional Navigational Satellite System or the IRNSS to provide two important services. One is the Standard Positioning Service on land, air and water open for civilian use and the Restricted Service, encrypted one, for authorised users. News has it that this Navigation Satellite System-1A, which is India's first, will be launched from the home-grown rocket, PSLV-C22 XL at 1.01 am from Sriharikota Space Port on June 12. Sriharikota is located off the Bay of Bengal on Andhra Pradesh coast, about 90km north-east of Chennai. So, this navigation system, which also helps in disaster and fleet management as well as tracking of vehicles, is a 1425 kg IRNSS-1, with a life span of about ten years.

Speaking at a press event, Mr. K Radhakrishnan, Chairman at ISRO based in Bangalore said that, "The IRNSS is designed to provide an accurate real time Position, Navigation and Time (PNT) services to users on a variety of platforms with 24x7 service availability under all weather conditions." So, what do we know and what have we learnt from the event? It is that there will be a constellation of seven satellites under IRNSS by 2014-15. Extending to a region of about 1,500 km around the country, IRNSS is a venture developed at a cost of 16 billion rupees. 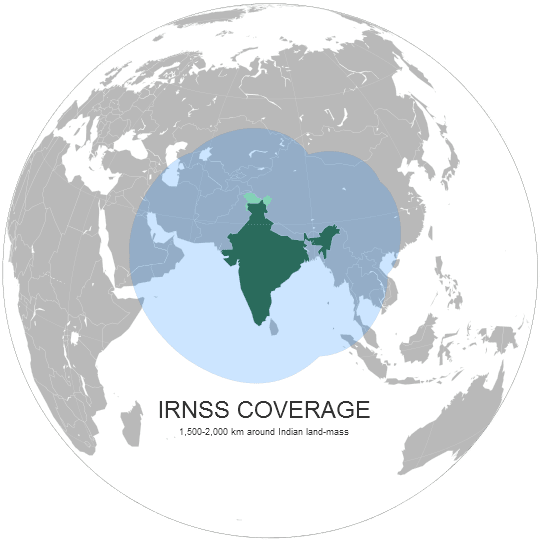 After inaugurating a two-day symposium on the 'Saga of Indian Remote Sensing Satellite Programme: 25 years since IRS-1A', Mr. Radhakrishnan said that, "Three satellites will be placed in the geostationary equatorial orbit (GEO) at 34, 83 and 131.5 degree east and two satellites each in the geosynchronous orbit (GSO) with equator crossing at 55 and 111.5 degree east at an inclination of 29 degree." As per wikipedia, the ground segment of IRNSS constellation would consist of a Master Control Center (MCC), ground stations to track and estimate the satellites' orbits and ensure the integrity of the network (IRIM), and additional ground stations to monitor the health of the satellites with the capability of issuing radio commands to the satellites (TT&C stations).

It has also been shared that the the navigation software will be developed indigenously by engineers at the Indian satellite centre in Bangalore. The development of single channel SPS and RS dual frequency receiver is being carried out in house to facilitate the testing of Navigation payload. Also, efforts are being taken to realise the IRNSS Signal Simulator. ISRO is collaborating with NPL to realise a space qualified Rubidium Atomic Frequency Standard. All we have to add is that, we look forward to the launch.
@Ankita Katdare • 03 Jun, 2013 Update:
Looks like there's been a glitch. The launch of Polar Satellite Launch Vehicle (PSLV-C22) flight has been delayed by a fortnight due to an anomaly.
The IRNSS-1A Satellite had gone through all electrical checks and was ready for propellant filling. Not only that, but the launch vehicle was fully integrated and was undergoing electrical checks. During the checks, an anomaly was observed in one of the electro-hydraulic control actuators in the second stage. It has been decided to replace this actuator.

The replacement of the control actuator needs two weeks of activity at the Launch Pad and the Vehicle Assembly Area. Accordingly, the launch of PSLV-C22/IRNSS-1A is delayed by a fortnight, says a press release from the Indian Space Research Organsiation (ISRO).
@Sahithi Pallavi • 04 Jun, 2013 And the payloads are - Navigation one and a C-band ranging transponder 👍
@Harshad Italiya • 04 Jun, 2013 Waiting for GPS module which supports GPS+IRNSS. It will surely give high accuracy in tracking.
@Ashraf HZ • 17 Jun, 2013 Sure

Harshad Italiya
Waiting for GPS module which supports GPS+IRNSS. It will surely give high accuracy in tracking.

How much do you think an IRNSS receiver would cost? Will it be open for civilian use in neighboring countries?
@Harshad Italiya • 17 Jun, 2013

ash
Sure
How much do you think an IRNSS receiver would cost? Will it be open for civilian use in neighboring countries?

Well I am not sure about price. But there are GPS modules in market which supports GAGAN satellite and they are price competitive. And I think IRNSS will support some of neighboring countries too if government allows.
@Ashraf HZ • 21 Jun, 2013

Harshad Italiya
Well I am not sure about price. But there are GPS modules in market which supports GAGAN satellite and they are price competitive. And I think IRNSS will support some of neighboring countries too if government allows.

Cool, good incentive for all the crazy autonomous projects that rely on navigation to be made 😀
@Shannon Hokanson • 25 Jul, 2013 GPS module of price is round about $40.
6k views

I believe the Selection procedure of Zensar Technologies is same as that of other companies: 1) Aptitude Test 2) Technical Interview 3) HR Interview Could anyone share the placement paper...
3.5k views
Read More →
Archives

can somebody please explain the difference between expansion and construction joint with simple example? what are its practical usages?
36.4k views
Read More →
Archives

Scope for M.S in engineering management

hey i'm thinking of doing an M.S in engineering management in the U.S. does this course have scope now.. is it a safe option now. please help
8.7k views
Read More →
Archives

Do Engineers use Math at their jobs? - A question that every student has.