@Ankita Katdare • 27 Jan, 2015
Launched with an aim to boost Moon exploration, the Google Lunar XPRIZE is designed to inspire enthusiast pioneers to help develop robotic space transport on a budget. With the deadline of 31st December 2016, the contest saw huge participation from across the globe, where they had to land a robot safely on the Moon, move 500 meters on, above, or below the Moon’s surface and send HDTV Mooncasts back to the Earth. With the results finally out, it was declared that a team of Indians called 'Team Indus' (also the only team from India) led by Rahul Narayan has bagged the prize of $1 Million in the Landing systems category.

The India's only entry consists of a management guru, a former Air Force pilot, a serial entrepreneur, an aerospace engineer etc. The team Indus participated in the contest with a mission to lead India into the next-gen space exploration and aviation technology. Based out of Bangalore, India, the Team Indus is managed by Axiom Research Labs Private Limited, an aerospace startup company. 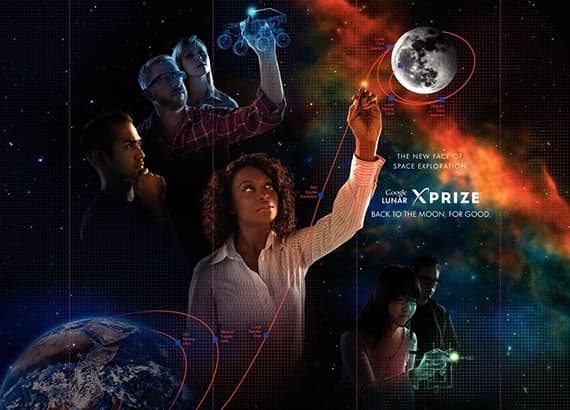 ​
To understand what category the Team Indus has won in, Google has laid out their judging criteria was based on both the software & hardware necessary for a jerk-free landing of the spacecraft on the moon as well as their attitude control, navigation & control, tracking & orbit determination in the journey, avionics, propulsion, touchdown devices, thermal control and the onboard autonomy.

We are sure that the Team Indus is celebrating their global win and has all the reasons to do so. You can check more about Team Indus' landing system on their official website here.

scope for mainframe domain in future

Project Abstract / Summary : 1)Autonomous mode- The project consists of a Firebird V Atmega 2560 Robot. There are two fields on either side of a white line(fig.1.1). The robot...
3.9k views
Read More →
Archives

Booking a railway ticket in India can't get easier than this as the railway ministry launched IRCTC ticket booking with SMS. The facility will allow anyone to book railway ticket...
4.7k views
Read More →
Archives

If you have been waiting around for a phone that has the most impressive specs in the bunch, here's a phone worth mentioning from CES 2015. Called Saygus V², the...
14.6k views
Read More →
Channels
👨‍💻 Remote Jobs 🗞️ News 🚀 Founders Circuit 🗄️ Archives ✨ Newsletter 🕹️ Changelog
About · Privacy · Terms of Service · Contact Us · © 2005 - 2022 CrazyEngineers. All rights reserved.