@Ankita Katdare • 13 Apr, 2015
Mumbai-based company iBall has a good collection of Android phones under its Andi series. The newest addition to the iBall Andi series is a new Dual SIM phone that supports 3G and WiFi hotspot called 'iBall Andi 5M Xotic'. Coming with a not-so-exotic price tag of Rs. 8,199, which makes the smartphone fall in the mid-range budget category, this iBall phone runs on the Android 4.4 KitKat OS which is upgradable to the latest version 5.0 Lollipop. It is worth noting here that the phone was previously released online via an e-commerce retailer company in the month of February, but the official launch announcement has come only now. Let's take a look at the phone's features and see if they justify its pricing.

Featuring a 5-inch qHD resolution (540 x 960p) touch-enabled IPS display, the phone's screen comes with a pixel density of 220 ppi. Running on a Cortex A7 1.3 GHz processor, the phone comes with an 8 megapixel rear camera (with LED flash and auto-focus support) and a 3.2 megapixel snapper located on the front. The only feature that's really great on the iBall Andi 5M Xotic specifications list is its memory. Coupled with the 16 GB internal memory that can be extended up to 32 GB via microSD card, is the 2 GB RAM. Users storage needs and all the processing needs should be covered under that storage. 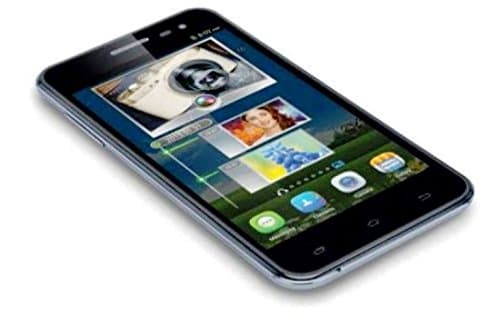 ​
Though the company hasn't released an official HD image of the smartphone, we can say from the images that we have that the phone's design resembles a lot to the Samsung Galaxy series of smartphones. There is no information about the dimensions of the handset or a detailed specs list on the company's official website. We do know that a 2000 mAh battery sits inside the phone and should last for more than half a day on full charge.

Last but not the least, the iBall smartphone's connectivity & network options include the aforementioned WiFi and 3G as well as Bluetooth, GPS, Micro USB, A-GPS and FM Radio. With that, we come to the end of the main features of iBall Andi 5M Xotic smartphone.

If we look at the competition that this smartphone is set to be at war with other Indian smartphone brands like Micromax and Karbonn. To name a few, the likes of XOLO Omega 5.0, Micromax Canvas 4, Intex Aqua Speed, Lava Iris Fuel 50 will be seen competing with this iBall Andi series phone. It goes without saying that Asus Zenfone as well as Xiaomi Redmi 1S will be there to create buzz in the Android smartphone market war. It would be great to see how and where iBall stands in the overcrowded shelves in Indian e-stores in the days to come.

What are your thoughts about its pricing and looks? Share with us in comments below.

As the CDAC admissions progress, a lot of students have been asking for reviews of various institutes. IACSD at Pune seems to be one of the most popular Authorised Training...
5.2k views
Read More →
Archives

If you have taken a Google PageSpeed test recently and haven't got a good result, chances are that Google gave you a suggestion about Avoiding Landing Page Redirects. Well, for...
1.7k views
Read More →
Archives

Where to use TPN switch and TPN Isolator,Moreover y to use it.I Have gr8 confusion regarding the realm of neutral wire.y is it so necessary. Plz help.........
2.1k views
Read More →
Archives

Helpshift was founded by Baishampayan Ghose (CTO) and Abinash Tripathy (CEO) in 2011 with an aim to enable businesses and development teams to be able to fix issues before raising...
1.6k views
Read More →
Archives