@Jason Estibeiro • 28 Jan, 2015 • 1 like
With so many innovations exhibited in CES 2015, there were many product launches that failed to receive their fair share of spotlight. One such product was the HTC Desire 826. The phone was launched on 5th January in the CES but failed to receive a decent amount of publicity. Nonetheless it seems to be quite well received now. Although HTC did mention in its press release that the phone will become available in Asia-Pacific region by the end of January but the exact date of availability has been announced just recently. HTC Desire 826 will go on sale in China from today i.e. 29th January.

The specs are phone are impressive to say the least. The phone has a 5.5 inch full HD screen. It has got a 64-bit quad core Snapdragon 615 processor and 2GB RAM. In the graphics department too, the phone is stand out thanks to Adreno 405 GPU and 13 MP of both rear and front cameras with the rear camera boasting of the back-illuminated (BI) sensor and LED flash. The most well received news might be that the phone comes with the Android 5.0 Lollipop pre-installed into it. 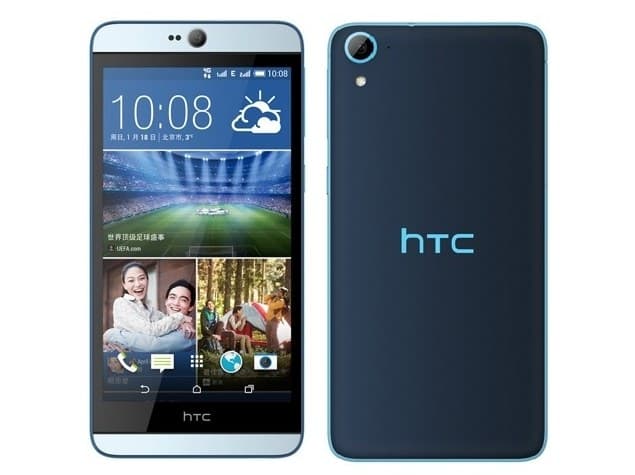 ​
The phone is expected to have a decent battery life because of its 2600 mAh battery. It supports LTE connection and Bluetooth 4.0, Wifi and GPS. The colours in which it is available is Purple fire, White Birch and Blue Lagoon, but the press release of the device explicitly mentions that colour availability will vary with region. Storage is least of the worries in the phone. It has two available models: one with 16GB of internal storage and other with 32GB. The capacity of both the models can be extended upto 128GB thanks to the microSD card slot in the phone.

On the whole, the phone seems to have great features. It has created a great buzz on Twitter and other social media. As far as the pricing is concerned, the 16GB memory variant of the phone will cost CNY 2299 (22,600 INR approx.) and the 32GB model will cost CNY 2499 (24,500 INR approx.). Although there has been no news of the release in India, it might be sooner than expected because it has already been listed on HTC India’s site.

At the National Meeting & Exposition of the American Chemical Society, a new kind of color-coded smart tags were presented that can tell if the perishable products inside containers are...
11.9k views
Read More →
Archives

Ever since Microsoft acquired Nokia, people started speculating that Nokia would stop creating feature phones and concentrate on its smartphone line up but Nokia has since then put an end...
7.7k views
Read More →
Archives

What is Gyroscopic Couple?

Can some explain me the concept of gyroscopic couple and is there any good project on it, plz help me with some examples in general life??????
17.1k views
Read More →
Archives

Mukesh Ambani led Reliance Jio telecom has announced that they will start rolling out 4G services all over India in the first or second quarter in 2015. The company is...
6.9k views
Read More →
Archives

How to contact companies for Industrial Visit, while in engineering college?

A lot of students are made in-charge of conducting an Industrial tour/Industrial visit to various IT and core companies as a part of their 3rd year or 4th & final...
22.3k views
Read More →
Channels
👨‍💻 Remote Jobs 🗞️ News 🚀 Founders Circuit 🗄️ Archives ✨ Newsletter 🕹️ Changelog
About · Privacy · Terms of Service · Contact Us · © 2005 - 2022 CrazyEngineers. All rights reserved.