Ankita Katdare · Jul 3, 2014
Rank A1 - PRO
Owing to the fact that the research, development and engineering institutes in India need the power of next-gen servers, Hewlett-Packard (HP) India has launched its latest server systems - the HP Apollo 6000 and HP Apollo 8000 in India. The rack-scale solution with better performance, power efficiency, and cost of ownership, starting with single-threaded application workloads, the HP Apollo 600 system along with ProLiant XL220a Server trays, delivers 4x the performance per dollar per watt and uses 60% less space. Whereas, the Apollo 8000 system is being proudly called as the "world's first water-cooled supercomputer" with dry-disconnect servers. Now let us take a look at the features that makes the Apollo series of servers systems stand out. 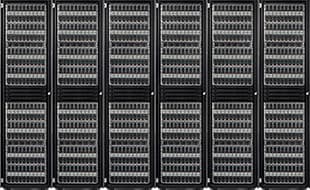 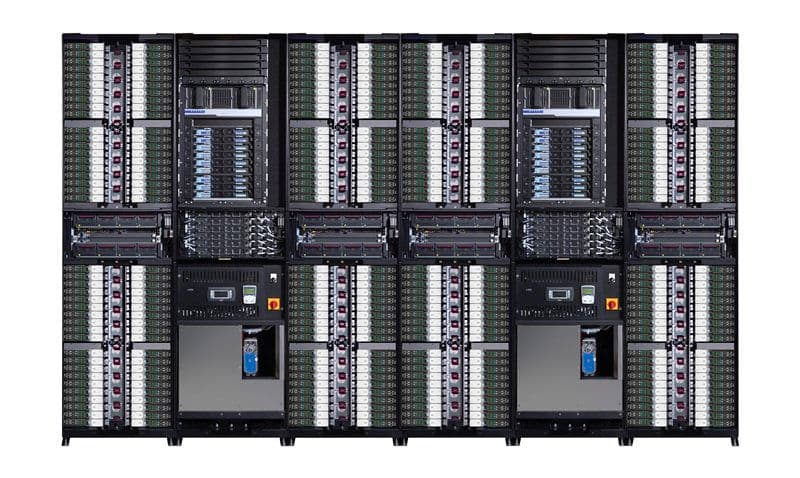 HP Apollo 6000 and 8000​
Starting with the HP Apollo 6000 System - It features a modular 5U chassis that has room for up to 10 independent trays, each with two ProLiant XL220a Server nodes. Every node in the system comes with a Intel Xeon E3-1200 v3 series processor, 32 GB memory and up to 2TB storage. If that's not all, HP also offers the flexibility to add 20 servers in the space of 5 traditional servers (5U), and power up to 120 servers with a single power shelf, thanks to their innovative rack solutions. The external power shelf supports up to 6 chassis, while the Advanced Power Manager provides power management and capping at the server, chassis, and rack level. Check out an overview video here -


​
Coming to the HP Apollo 8000 server system, here we have a system that packs up to 144 x 2P servers per rack with a number of options in accelerator, PCIe and throughput. The starting scalable configuration is one HP Apollo f8000 Rack and one intelligent Cooling Distribution Unit (iCDU) Rack, packaged with the HP Apollo Management System, modular plumbing kit, and HP Apollo Services tailored for user's supercomputing needs. The rack-level design is easy to install and monitor. Overall, a good option to keep the CO2 emissions as well as the energy bills in check.
Check out the following video, where HP's Nic Dube and Rajiv Thakkar walk us through NREL's Peregrine System, the world's largest computing capability dedicated solely to renewable energy and energy efficiency research -
​
​
The HPC Portfolio in India just got bigger and brighter. Vikram K, Director (Servers) at HP India believes that the introduction of the hi-tech servers will only enhance the capabilities of the Indian organisations specializing in R&D by helping them process data faster.

What are your thoughts on the arrival of two new server systems in India? Share with us in comments below.