Rucha Wankhede · Feb 10, 2017
Rank C1 - EXPERT
After the launch of Honor 8 Lite earlier this month, Huawei is all geared up to unveil its new smartphone offering, Honor V9 in China. The Chinese tech-giant has confirmed the release date of the device to be February 21 in a teaser release on Weibo. On the specifications front, V9, features a 5.7-inch QHD 2.5D curved glass display with a resolution of 2560 x 1440 pixels. 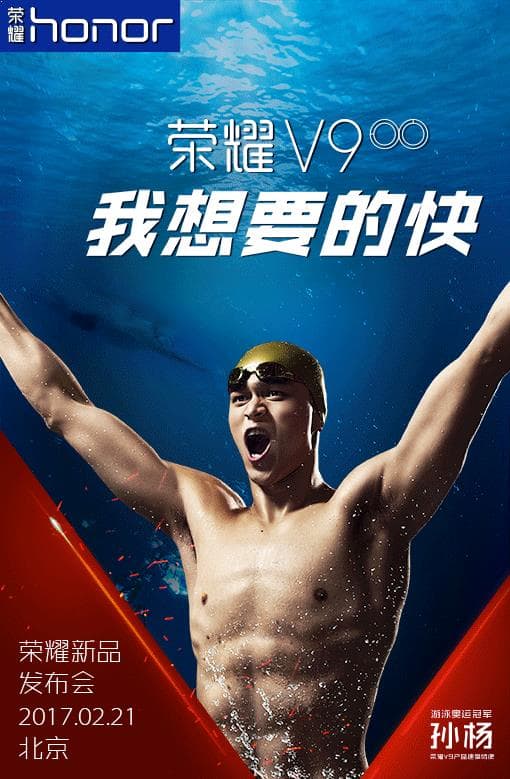 ​
It is powered by a 2.4 GHz Kirin 960 octa-core processor, a Mali M71 GPU coupled with 6 GB of RAM. The smartphone is touted to come with 128 GB of storage while also supporting an additional 128 GB storage through microSD card.

The dual-SIM enabled device will run on EMUI 5.0 based Android 7.0 Nougat system. Honor V9 further boasts of a fingerprint scanner and is said to pack 3900 mAh battery equipped with fast charging support.

In terms of camera, the device features a 12 MP dual rear camera setup with dual-tone LED flash and Laser AF. It also houses an 8-megapixel front shooter. Connectivity options include 4G LTE, Wi-Fi 802.11 ac/b/g/n, Bluetooth 4.2, GPS (with A-GPS), and a 3.5mm headphone jack. The pricing and availability details for international markets would most likely be disclosed at its February 21st launch.