Ankita Katdare · Feb 9, 2015
Rank A1 - PRO
The much awaited sports bike Honda CBR650F is prepping up to arrived on Indian shores. Speaking at a press conference held in Chennai, the Honda Motorcycles and Scooters India President and CEO, Keita Muramatsu confirmed that the super sports bike Honda CBR650F is going to be launched in India in July 2015. The bike was one of the many premium attractions at the Delhi Auto Expo 2014 and ever since Indian biker enthusiasts have been anticipating the bike's India launch date. Kawasaki had launched its two models the Kawasaki Z350 and Kawasaki ER-6N in India last year. And the arrival of the Honda CBR650F is only going to strengthen the motorcycle portfolio in India. 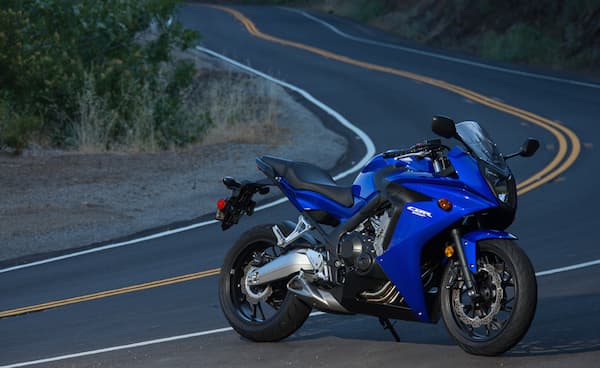 ​
The Honda official site notes that the bike has a starting price of $8,499 and experts believe that Honda CBR650F could be priced in India at around Rs. 8 Lakh (ex-showroom). It was also shared that the Honda's new sport router is going to be imported as a Complete Knock Down (CKD) unit.

What are your thoughts on the arrival of the new Honda super bike in India? Share with us in comments below.

Sarathkumar Chandrasekaran · Feb 9, 2015
Rank A2 - PRO
Still , I lovE kawasaki series of Superbikes than others
0 Likes