Google Play Music Finally Launched In India, Much To The Music Lovers' Delight

Debasmita Banerjee · Sep 28, 2016
Rank B3 - LEADER
This could be called a game-changing decentralization act from Google, simply the biggest hit in the virtual market for all Indians. Feeling proud, we must congratulate citizens who will be using Google products for 2G services. It was a day old news and suddenly the chartbuster - Google Play Music pops up showing that it has now been released for India to enjoy unlimited local and international songs in cheap pricing.

There was almost everything in the Play store except the small music icon which was released five years ago in the US. So what? Finally, we got our silent gift as no such official announcements regarding this small update has been done yet. Although the Play Music launch was scheduled to have its appearance in Indian android phones by July,2016 it took time for the update to come out of the shell. 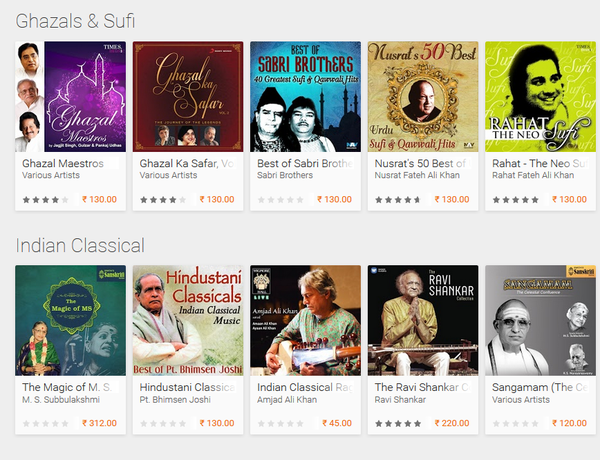 Found Anything You Wanna Try ?
​
Starting slow, Google Play Music for India is still in its nascent stage with no subscription streaming service. Unlike many other products such as Adobe creative cloud, Google India misses All Access Subscription facility, radio and podcast options. This might be Google’s business trick for the next Google for India after-show or not being too late, they might allow access just at the end of the year.

What can you do there? You can browse a specially curated catalog of Bollywood hits, international music, Indian classical music, kids specials etc. One single piece asks for 12 Rs./ 15 Rs. and one album can sport a varying price range depending upon the number of music files stored there. If there’s room for an opinion then it’s probably too early to be skeptical about the application.

Kaustubh Katdare · Sep 28, 2016
Rank A1 - PRO
I really doubt if Indians will actually want to pay for the music. Flipkart had earlier tried to make this work through their FLYTE service; but had to shut it down: Flipkart Flyte MP3 Store Is Shutting Down! Why?

I'd rather pay to Gaana or Saavn for their premium service (it's very cheap) and have access to all the songs in high quality without advertisements. If anyone's interested, check this out: rdio.com Vs. Gaana Vs. Saavn : The Best Online Radio In India?
1 Like