Kaustubh Katdare · Jul 31, 2013
Rank A1 - PRO
Google India has killed the music search service it had launched back in 2010. The service allowed people to search bollywood songs offered for online listening by partner sites like in.com, saavn.com and saregama. https://www.google.co.in/music now redirects to the Google India homepage. It looks like a logical step for Google because the music search never struck a chord with people. Google even had stopped updating their catalog after December 2010. 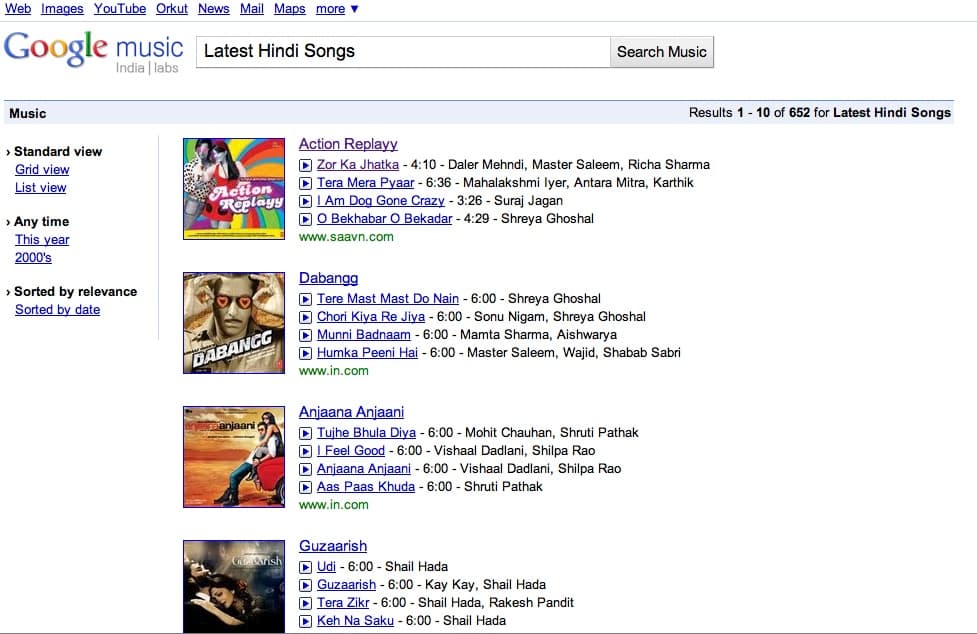 Searching for any song on Google Music would take the users directly to the song and the selected song would start streaming. Thus, people could quickly search and listen to unlimited number of songs available in Google's index. Google itself didn't stream the songs.

In addition to the songs, Google Music would let users search for artists and albums as well. We wonder how many of our readers will miss the service.

Anoop Kumar · Jul 31, 2013
Rank A2 - PRO
Yes it seems to be dead. Redirecting to Google home page.
It was good service collection albums from different sites at one place.
but not going to miss. Youtube is quite rich and suggestions are even better than saavn or Gaana.com.
0 Likes