Ankita Katdare · Sep 29, 2014
Rank A1 - PRO
Gionee India has done basking in the glory of its Elife S5.5 smartphone that became popular for its slogan 'More Than Slim'. Today it has launched a new Android Kitkat smartphone in its CTRL series with Gionee CTRL 4VS, a phone without a difference. We are not sure what the 12-year old Chinese company has on its mind when naming its smartphones. The Gionee CTRL 4VS comes equipped with a 4.5 inch screen with FWVGA 854 x 480 resolution IPS Display that supports 16M colors. Running on a 1.3 GHz Cortex A7 Quad-core processor alongside ARM Mali400 graphics unit, the CTRL 4VS smartphone looks like an refined iteration for its old phone Gionee CTRL V4. Let's take a look at the specs chart to find out more.

On the phone's rear end, the smartphone brings 8.0 megapixel primary camera with LED flash, while on the front there's a 2.0 megapixel snapper. Loaded with 1 GB RAM and 8 GB internal memory, the Gionee CTRL 4VS has support for microSD card up to 32 GB. The Dual SIM phone is powered by a 1800 mAh battery that offers a talktime of 10 hours on 3G. Coming to colors White and Black, the phone caters to user's connectivity needs via Bluetooth 4.0 with A2DP, Wi-Fi, Wi-Fi Hotspot and 3G/HSPA. 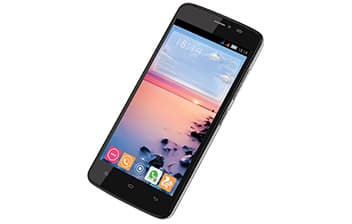 ​
Those waiting for the Asus Zenfone 5 to become available again or don't want to spend their money on a mid-budget Nokia Lumia can go check out the phone at their nearest retail store once it becomes available in the market. The Gionee CTRL 4VS is priced in India at Rs. 9,999 and the company has not outed it on any e-commerce portal as of now. We will keep you updated as soon as we find out more. Till then, let us know your thoughts on the new Gionee smartphones in 2014.