Debasmita Banerjee · Dec 22, 2015
Rank B3 - LEADER
Over the years, the exact relationship between genetic factors and cognition has remained poorly understood. Scientists from the Imperial college of London have found interesting gene clusters which might be a determining factor for human intelligence.

Two of these networks, M1 and M3 greatly influence cognitive responses including memory, attention, processing speed and reasoning. These two networks consist of hundreds of gene clusters that might be under the control of master regulator switches, which is another subject having tremendous scope for studies. Scientists have asserted that by means of a certain process, these switches can be manipulated, leading to a change in human senses. 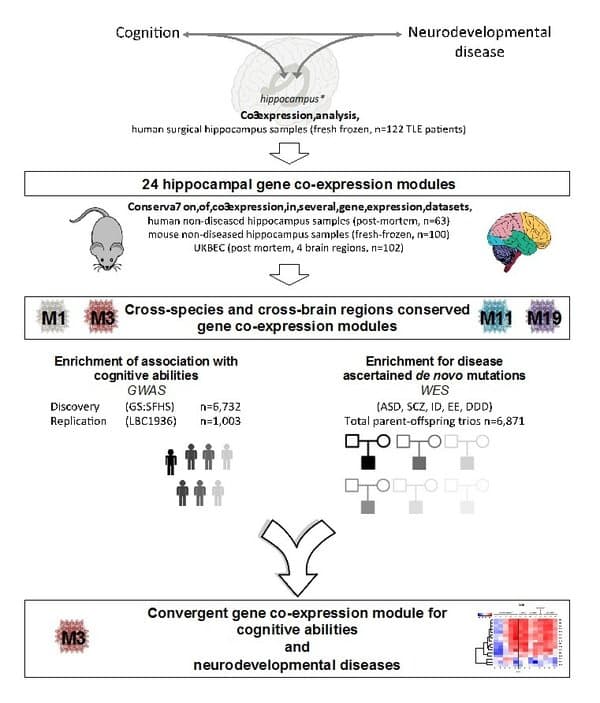 Credits: Nature Neuroscience​
Dr Michael Johnson, lead author of the study from the Department of Medicine at the Imperial College, London, stated that the research was delayed due to inefficiency in the relevant gene detection technique. The present research detects some of these genes and specifies how they interact with the neural networks.

In the study, the international team of scientists analysed samples of the human brain from patients who had undergone neurosurgery for epilepsy. The results taken from these diseased people were combined with that of healthy, people who had taken IQ tests and also with people suffering from diseases such as autism spectrum disorder and intellectual disability.

After the computational analysis was performed over the combined result, it was inferred that the genes which were responsible for intelligence in healthy people i.e. set 1 were the same which caused impaired cognitive ability and neural diseases in set 2 people. 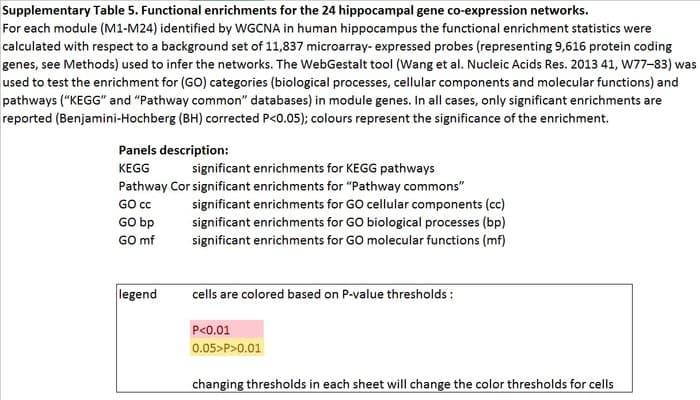 ​
credits: Nature Neuroscience
​
Dr. Johnson concluded that intelligence is governed by a large group of genes working together, analogous to a football team at play. Computational analysis was the key operation performed, in order to identify the genes in the human brain that work together to influence a human’s cognitive ability to create new memories, or to take sensible decisions when supplied with lots of complex information. The team also stated that some of these genes do overlap with those that cause severe childhood onset epilepsy or intellectual disability.

The research paper was published in the 'Nature neuroscience' Journal on the 21st of December, 2015. Dr. Johnson is optimistic about getting several previously unknown information about the working of the human brain and eventually be able to enhance the brain's productivity.

He also confirmed that their next goal is towards successful treatment of neural diseases such as epilepsy. Although the research is still at its infancy, it presents a huge and diverse scope in the future.