@Ankita Katdare • 25 Feb, 2015
There are at least 10 lesser talked about companies in India that are trying to introduce the next killer Android smartphone. Fly Mobile, headquartered in London, has entered India in 2005 and has steadily built a portfolio of smartphones, tablets and classic phones. Today, the company has tied up with Snapdeal to launch two of its flagship smartphones Fly Qik and Fly Qik+. Packed with some of the latest technologies in both hardware and software front, the phones are quite reasonably priced to become the worthy competitors of the big guns like Xiaomi and Asus. Let's take a look at some of the specifications highlighted by the company.

Both smartphones are powered by a 1.7 GHz Octacore Processor, feature 1 GB RAM and come with a 8 GB internal memory (and 32 GB microSD card support). Running on Android 4.4 KitKat operating system out of the box, the smartphones will soon receive the Android 5.0 Lollipop update from the company. The phones have Dual Sim (WCDMA + GSM) support and feature 3G and WiFi connectivity. On Snapdeal, the smartphones are being offered in two colors red & gray with one year manufacturer warranty. 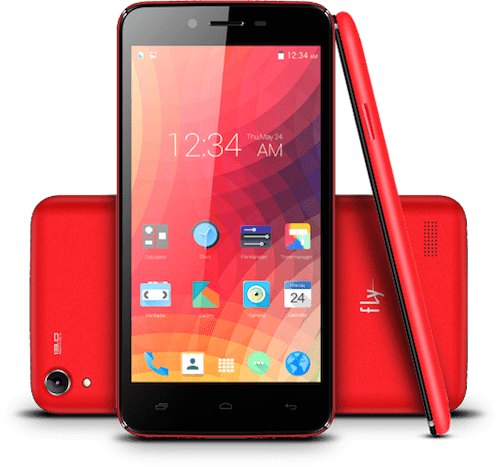 ​
Now coming to the features that set the phones apart. While, the Fly Qik+ phone features a 5-inch HD screen with 1280 x 720 pixel resolution IPS, OGS display, the Qik smartphone comes with a smaller 4.5 inch screen. The Qik+ phone is powered by a 2200m Ah Battery, while the Qik phone packs a 2000 mAh battery. That's about all the difference the phone's features have. Both of them are pretty sleek at 7.8 mm thickness.

While the Fly Qik+ is priced in India at Rs. 6,999, its smaller version Fly Qik is priced at Rs. 5,999. Both smartphones have started selling on e-commerce portal Snapdeal.

Source: Snapdeal
@Sarathkumar Chandrasekaran • 25 Feb, 2015 Pricing seems affordable yet consumers would be in dilemma to try out new entries.
@Ankita Katdare • 26 Feb, 2015 Wondering if anyone here has used the Fly mobile smartphones. How is the body's quality and overall design?
@Rajeev Joseph • 06 Sep, 2015 I purchased Fly Qik+ from Snap deal and received it on 20th August 2015. It is 17 days since then. I am quite happy with the device because it satisfies my needs. Yet for a youngster who wants more this might disappoint him/her as the claimed 13 MP camera is no where near 13. My Nokia 3.2 MP camera was better than this one. The phone hanged 2 times in these 17 days. As I hate video games am not able to comment about it. The 1GB RAM is OK. That's all. It could have been 2 GB. The display is descent. The UI is also descent.
4.3k views

Hi Guys, Well I have been involved in this android app for city buses for quite some time and launched for Chennai buses. One of the major problems faced by...
4k views
Read More →
Archives

The Lady, The Shopkeeper And A Fake Note - Find the Loss

A friend asked me this question, the other day - A lady buys goods worth Rs. 200 from a shop. (shopkeeper is selling the goods with zero profit). The lady...
227.6k views
Read More →
Archives

Just created a whatsapp image that you can share with your friends and fellow engineers. Instead of just forward 'Happy Engineers Day', let's educate people about the reason.
4.7k views
Read More →
Archives

How to do direct Ph.D. after B.Tech in India

With a B.Tech degree in hand, graduates coming out from different institutions join multinational companies, startups and many even go for higher studies. However, only a handful of them is...
7.1k views
Read More →
Archives