Satya Swaroop Dash · Aug 27, 2014
Rank A3 - PRO
Months after its first tablet, Flipkart sought the expertise of Intel to build and launch five new tablets on its website. Flipkart has launched Digiflip Pro tablets in three screen sizes, 7 inch (ET 701), 8 inch (XT 811 & XT 801) and 8.9 inch (XT 911 & XT 901). The prices of these Android Jelly Bean tablets start from Rs. 5999 and go up to Rs. 15,999. Flipkart is promising KitKat upgrade and to further sweeten the deal it is throwing free stuff like book case and headsets, Myntra and Flipkart discount coupons and more. We shall discuss these tablets one by one, starting with the cheapest. 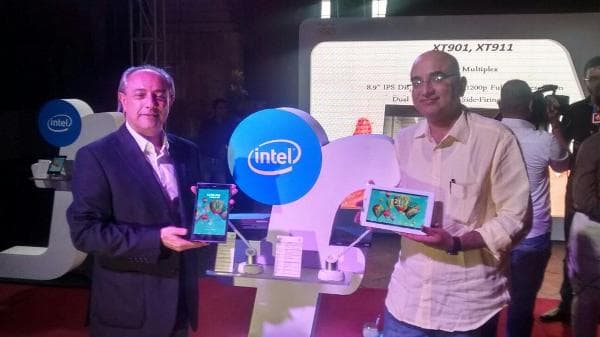 
​
This is also the smallest tablet in the Digiflip Pro range with a 7inch capacitive touchscreen which has a resolution of 1024 x 600 pixels. On the inside you get a 1.2 GHz Dual Core Intel Atom Processor Z2520 along with 1GB of RAM. The Digiflip Pro ET 701 is powered by a 2800mAh battery and comes with Wi-Fi connectivity only. Flipkart has included a 2MP rear camera and 0.3 MP front camera with the tablet. Since the tablet comes with 8GB of internal memory you should set aside some cash to expand the storage with help of microSD cards of up to 32GB. The tablet is available in Red, Blue Grey and White for Rs. 5999.


​
These two tablets have 8 inch IPS panel displays of 1280 X 800 pixels and under the hood you find a slightly more powerful 2 GHz Dual Core Intel Atom Processor Z2580 with PowerVR SGX 544MP2 graphics and 1GB of RAM. On these tablets you can find a 5MP rear and 2MP front cameras. The tablets are powered by 4200mAh battery and have a bigger internal storage of 16GB and a microSD card slot. The Wi-Fi only XT 801 costs Rs. 8999 and if you want 3G connectivity with voice calling you have to go for the XT 811 which sets you back by Rs. Rs. 10999.


​
The Digiflip Pro XT901 & XT911 are the biggest tablets in this range as they come with 8.9 inch IPS panel displays which have a resolution of 1920 x 1200 pixels. On the inside you come across the same processor and graphics but you get a bigger 2GB RAM for better multitasking. You also have the same 5MP and 2 MP cameras and 16GB of internal storage along with a humongous 6500mAh battery. As you have guessed by now the Digiflip Pro XT901 gives you Wi-Fi connectivity only for Rs. 13999 and 3G connectivity enabled XT911 costs Rs. 15,999.

With the launch of these tablets, Flipkart has shown the industry that its hardware range is here to stay. Its previous effort, the Digiflip Pro XT 712 did not manage to stand up to its expectations as customers complained about flimsy build quality and buggy software. We hope that Flipkart does not repeat the same mistakes with these new ones. Posted in: #Coffee Room
1 Like
@ A2A Reply

Are they going into a business similar to Amazon Kindle?
Whatever ! the processor is powerful, so is battery and other specs; Price is affordable as well I don't see any reason why these device will not get a good response.
1 Like