Kaustubh Katdare · Aug 12, 2013
Rank A1 - PRO
All the forgetful people rejoice. While the world's #1 search engine for all the things you misplaced or forgot, continues to be your mom or wife; you can now lessen the burden on them with a brand new app courtesy of researchers at the UIM University in Germany. Forgot your car keys or your glasses or your wallet? Just type it up in your 'FindMyStuff' App like a boss and the app will tell tell you where it is. Find My Stuff (aka FiMS) is a unique app that lets you search the real world, physical objects! 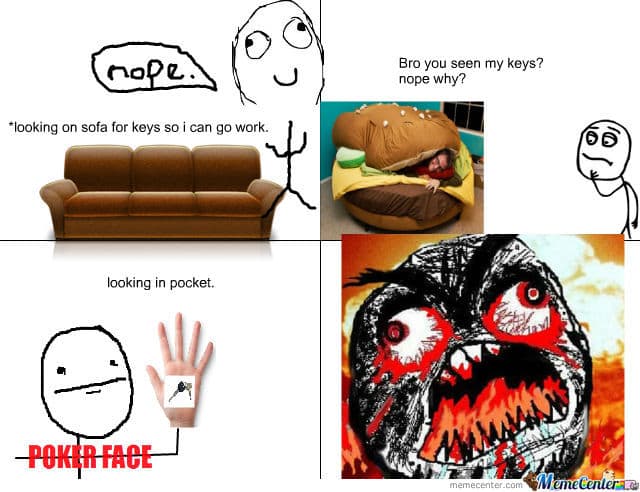 It all works like your web search engines like Google. For example, type in that you forgot your keys and the app will find tell you that you left them on your computer table or behind the sofa cushions. You definitely want to know how it all works, right? Read on...

The technology this system uses is not new, but it's been put to some everyday use by the researchers. The system requires that you tag your important physical objects using RFID stickers or ZigBee modules. Instead of a fixed search infrastructure, the localization system is based on SmartFurniture equipped with RFID readers and Zigbee modules. The search results offer cues based on relative positioning of the misplaced or lost objects. The system itself won't require any manual calibration and does not get affected on rearrangement of the SmartFurniture.

Florian Schaub, one of the researchers who worked on this project says that the team has built a fully functional prototype using Arduino. He says that with the sensors, transmitters and receivers becoming smaller every day, the world's already moving towards becoming totally digital - where every object will be able to communicate with each other. He expects that as the tech gets smaller and smaller - their system will include even the tinier objects like pens and your earrings.

The team will unveil the FindMyStuff App to the world next month and is expected to be commercially available based on interest from electronics manufacturers. The whole setup is expected to cost 43 pounds.

We would like to ask our readers - how'd they feel about living in a totally connected, digital world? Share your voices below.

Nayan Goenka · Aug 12, 2013
Rank B1 - LEADER
I Still didn't understand how it works. It will give you a list of predefined probabilities of places you should look for or it will actually scan your place using censors as mentioned and try to find that object for you?
0 Likes

Nayan Goenka
I Still didn't understand how it works. It will give you a list of predefined probabilities of places you should look for or it will actually scan your place using censors as mentioned and try to find that object for you?

They have mentioned that we need to make a sticker or note on the things we probably miss.So everytime you leave your key you should make a note on it.
Is this a innovation or a easy application of olden method.
(correct me if i am wrong).
0 Likes

Kaustubh Katdare · Aug 12, 2013
Rank A1 - PRO
It's all RFID thing! You tag all the items you want to track and then the system will use the SmartFurniture (the one equipped with a network of sensors) to locate the relative position of each of the tagged objects.

That is, if your key is behind your dining table, the sensor on the dining table will discover that the key is in near vicinity and inform the app about it.
0 Likes

Nayan Goenka · Aug 12, 2013
Rank B1 - LEADER
This seems like a really costly affair. First you need to replace all your furniture with so-called smart furniture, then buy the app which is comparatively cheaper. This is like restructuring the whole place. Not feasible I think.
0 Likes

Saandeep Sreerambatla · Aug 12, 2013
Rank A2 - PRO
I dont know if I have to mention this , but I along with one of my friend (he is on CE , but inactive) have got this idea about 6 months ago and we zeroed out on Zigbee and we did about 25% of the work 😔

Nevertheless, we are late and I will post a detailed explanation on what our idea was in EEE section later this weekend.
0 Likes

Jeffrey Arulraj · Aug 12, 2013
Rank A2 - PRO
RFID tags are cheaper and with more number of articles to be tagged the price of the device will surely rocket to the sky

And they can be used along with your app

manish940
What if the RFID tag goes off??

manish940
What if the RFID tag goes off??

The tags themselves don't need batteries. So there's no question of the tags going off. If someone removes the stickers, then the system fails.
0 Likes

David Fox · Aug 14, 2013
Rank E1 - BEGINNER
This is something I desperately need. I lose my keys at least twice a day among other important object. Not so into stickering everything, but sure am into finding the stuff I need when I need it!
0 Likes