Exceptional Engineers: Tejaswinee Kelkar On Her Experiments With Indian Classical Music And Beyond

@Ankita Katdare • 18 Feb, 2016 • 2 likes
Born to a doctor duo, Tejaswinee grew up in Nagpur spending most of her time with her grandmother who used to be a college teacher in Sanskrit. Her parents and granny always encouraged her to have a lot of freedom, through our writing, discussions, reading and so on. Tejaswinee started studying music with different teachers from the age of 3. She played many instruments by herself, and was always encouraged to pursue the study of these deeply, and for as long a time as she wanted from day to day.

An engineer by degree and a music connoisseur by passion, Tejaswinee became a silver medalist in the national vocal championships at the youth festivals during her college years. In 2010, Tejaswinee graduated as an Industrial Engineer and soon went to get a foundation degree from KM Music Conservatory. She is also a JLPT Level N2 Certified Japanese speaker.

Today, she is a masters graduate from Cognitive Science Lab, IIIT-Hyderabad and currently works as the Project Engineer at VLEAD for Music Labs. She blogs at Musicologues and Teacomposition. You can also follow her on SoundCloud here.

In this conversation with us, she throws light on her amazing work as a music researcher. Check it out - 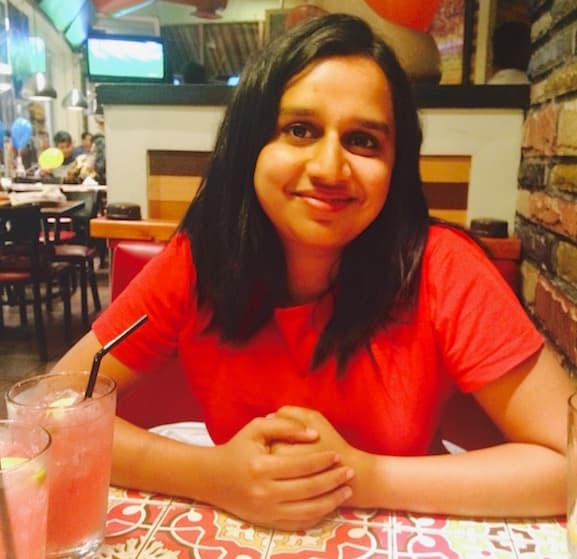 Tejaswinee Kelkar​
CE: What took you to Japan? How was the experience? What did you bring back with you?

Tejaswinee: We had a school project one year about Japan in 9th standard, looking at different things from the country and culture. This made me severely interested in the country and I went as an exchange student for a year when I was 15 through Rotary International. I studied a year of high school there. I made many new friends and learnt language and music. I love my families there very much and would love to visit very soon when I can.

CE: Why did you choose industrial engineering? What do you remember the most about your engineering college days?

Tejaswinee: I didn’t really choose it - I pretty much fell into it. It was the most multidisciplinary branch that was there. I was rightly told that the bachelors degree is just foundational for most people, who invariably choose to branch out into multiple disciplines as time goes by. Industrial engineering brought together mechanical science, computer science, bits of management subjects and electronics as well. During college, I used to participate in the All india university youth festivals, held in three parts - State, Zonal and National levels, which had competitions for many different cultural events - music, folk music, theatre, fine arts, dance etc. This opened my eyes wide and bright to the different subjects in cultural studies - how they are handled, how they are learnt, what is becoming of them.

CE: How did the transition from engineering to music as your 'field of study' happen?

Tejaswinee: As I said, I have been studying music since the age of 3. I was so involved with the youth festivals, that there wasn’t even a thought. As soon as i was done getting a bachelors, I wanted to move on and dive into music. I didn’t really know what I wanted to do, wasn’t sure that it was going to be performance, but I went along anyway. This interest later turned to the field of research.

CE: When did you decide you want to learn at the K. M. Music Conservatory? How was the learning experience?

Tejaswinee: My learning experience at KM was fun primarily because there were very few students with us who were interested in learning deeply and continuously. Our program was for classical music, which was exactly what I wanted to study, but a lot of the students wanted to do popular music projects, commercial projects instead. Of course the student intake has changed much since then, and now there are very very serious classical musicians studying there. But for us, this meant that the few of us who were interested got a lot of attention from the very interesting teachers we had, and also were able to spend a lot of ‘offline time’ with them, discussing music, cultural worlds, thoughts about art and life and how the art influences our cores as people. This was a big education.

CE: Tell us more about your project about visual notation system for Hindustani classical music.

Tejaswinee: Well, it only began as a thought about a visual notation system. Initially, I was exploring modern notation as it applied to Indian music. Later, my research turned to be about the understanding of space as a musical metaphor. I study hand gestures in north indian khyal music. These gestures are interpreted as not just natural bi-products in the process, but investigated from the point of view of emergence - where do they come from, how are they transferred to students during training, and what do they really mean? People think they are representing notes, or rhythm, but the actual picture is much more interesting and complex, and has taken me into studying gesture in languages, tones and other communication systems too!

CE: What made you pursue your masters at IIIT Hyderabad?

Tejaswinee: I was slowly getting very curious about the cognitive aspect of musical learning - I heard some podcasts about Tone Languages and absolute pitch acquisition (the work of Diana Deutsch) on RadioLab, and I wanted to something like that with Indian music.

At IIIT Hyderabad there is a Cognitive Science lab where my professor had worked with a student previously in music and cognition, who later did his PhD from UPF Barcelona. So I wrote to them and interviewed for a Research Assistant position and an MS. I was first working in a human computer interaction project by Intel Ltd. at the cognitive science lab. Later, I turned my attention to music research full time.

CE: Tell us more about your ongoing experiments with music.

Tejaswinee: I work at the VLEAD project at IIIT (vlead.ac.in), and build a music education lab - you can check it out and play with it at Virtual Lab for Hindustani Music. This is an online resource for people to supplement their music education needs. There are many interesting things you can play with and learn, depending upon your musical education level. We regularly also update on social media: facebook at musicvirtuallab and twitter at @musicvlab.

I am currently working on some phrase generation and automatic music creation and mapping experiments. This means that data taken from somewhere could be interpreted as music of a particular kind. I am very interested in music technology that interacts openly with concepts in ethnic music, and deals with what different kinds of people think of as music.

CE: What fascinates you the most about classical music and the variations between western and Indian music?

Tejaswinee: There are only three things that ‘classical’ music is about that folk music may not be - preserving historicity, a method of understanding how small musical changes affect listeners, and watertight theoretical analyses. This is true for both Indian and western ‘classical’ forms. Other than that, music is just music anywhere. I love to listen to every kind of music, but it is surely easier as a researcher to engage with classical music because the theory is so well structured that it translates itself into science.

What fascinates me is how music lifts you and how it can replace everything else in your mind to the point that that’s the only thing that you can process at the time. And yet it has no signifier - it cannot possibly represent any physicality, or materiality - all its truths are only to be felt.

CE: What inspires you to work in your field?

Tejaswinee: The people I have met through this time. We all come from backgrounds with different affordances in terms of education, influences, and life things. But that makes us all output different art, to see it differently. To be able to chronicle history, and to chronicle your own life and its interaction with art is a special privilege, but it is also a common activity. Knowing amazing people who have broken so much new ground in art and society makes me get up and do something.

CE: Where do you see your work taking you in the next few years?

Tejaswinee: I will be studying at a PhD level at a music technology lab at Oslo, Norway. I am looking forward to learning more about gesture and music and their interactions, and dive deep in the community thinking about musical representation, processing and new ways of creating music.

Long term, I hope to bring more computational approaches to the research of Indian music. I hope to pan these things out into a meaningful discourse about cultural products - their delivery, notions of popularity and sustainability that taint the world views of artists everywhere. I hope to be able to affect how art objects are consumed and learnt.

CE: What will be your message to engineering students and professionals who want to explore unconventional careers?

Tejaswinee: Firstly, don’t fool yourself by romanticizing your “unconventional” choices. Every unconventional thing is unique only amongst your peers. If you paint and you’re an engineer as well, your painting is only unique to other engineers, but not painters, of whom there are thousands and lacs. Therefore, you aren’t very unconventional in that sense. Whatever you do, the world we live in has thousands at least, like yourself doing something you are doing too. Compare yourself in context, not only with people around yourself. If you are doing something because you like it and not because it is unique and you want to be unique, then you will be able to get your hands dirty in it.

Secondly, don’t fear to be involved. Involvement, and taking pride in things you have learnt, to understand their importance and connotation, their history - is the thing that has never failed the involvee. Don’t worry about what people like, and what pays and all those things that come after you first are involved, knowledgeable and skilful.

Thirdly, integrate with where you come from. Think about where you come from, who are people surrounding you, and how can you deeply analyse the material that is your own heritage and history, or contribute to it at the time of change through the craft that you have studied.

I have been working in a small company as a manual tester. I want to be an automated engineer so want to learn automation testing. I don't know have much...
20.3k views
Read More →
Archives

This PDF has a collection of GRE Question papers with solutions.Download it from here: https://www.crazyengineers.com/downloads/gre-big-book-general-test-questions-and-solutions-pdf.46
33.6k views
Read More →
Archives

(Question): You would associate this guy with which one of the following? (A): Dell Computers (B): Sony PlayStation 4 (C): Microsoft XBOX ONE (D): Microsoft Kinect (Question): What is Samsung's...
3.4k views
Read More →
Archives