@Kaustubh Katdare • 07 Aug, 2013
If you are an engineer who's convinced that MBA is 'the way' to get promotions, better career, better paypack & better marriage prospects; and are already preparing for CAT 2014 with a goal to get into IIM Ahmedabad, we've a bad news for you. IIM-A has decided that they'll admit fewer engineers in their institute starting 2014. IIM-A, which continues to be the top destination for MBA aspirants in India, has made significant changes in their admission policy. The new rules state that the intake of students from non-engineering background will be increased from current 4% to about 18%. This means that if you are an engineer, getting into IIM-A has just got more difficult. 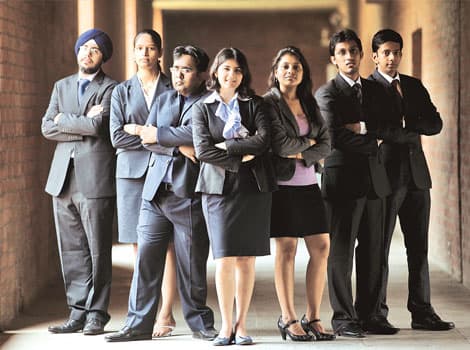 But that's not all. Under the new admission rules, the number of students without work experience or a PG degree will be increased in the personal interview round at IIM-A. The admission team won't award you special points for all those years you spent mostly in IT or other professions before deciding to get an MBA. Currently, the fresh graduates make up about 27% of the intake.

According to report published in TOI, IIMA gets about 96% of the students from engineering background. IIMA believes that this percentage needs to come down. The formula for calculating the application rating has been modified. There's a provision for direct short-list for the written analysis and personal interview round for the top performers in the five academic categories.

For a long time, IIMs have received criticism for admitting majority of engineering graduates in their PGDBM courses. IIM Bangalore and IIM Calcutta have higher percentage of non-engineers in their current batches as compared to IIM-A. We'll discover more about the new admission rules in coming days.

We'd like to ask our readers what they think about the latest update to the admission rules at IIMs. Do you think IIM-A is being unfair to engineering students? Do you think these rules will affect the recruitments at IIMs? Voice your opinion below.

Via: TOI
@Ankita Katdare • 07 Aug, 2013 This news is quite shocking. The last time I attended a mock CAT class in the city, the trainer asked the audience of a few hundred people - "How many of you have graduate degrees in B.E. B.Tech?" And almost 90% of the crowd raised their hands. This is going to be a huge blow for most of them. 😳 For all I know most engineers in their final years figure out that they are not suited for a technical role and hence start preparing for CAT and other MBA entrance exams. 😨 They have to fight a lot harder now.
@Sarathkumar Chandrasekaran • 08 Aug, 2013 This is a heart break news for Engineers who had planned to pursue MBA as pg degree but I dont agree with this rule or policy of IIM ahmedabad.
@Kaustubh Katdare • 08 Aug, 2013 India anyway needs more engineers to work as engineers and not managers. The corporate life will anyway kick you to become managers, even if you remain an average performer, you see.

@Pensu • 08 Aug, 2013 So, then it's our fault that we study math or that we have a culture where we have practiced to do hard work. If that is the issue then change the criteria, don't put math in the exam! All I am saying is everyone should have equal opportunities. And I guess, for companies, having a manager with technical background is better than having just a manager.
@pprajju_magic • 08 Aug, 2013 3-IDIOTS scene
rancho : If you want to be a manager in a bank or so, why do you need to do engineering and then take up MBA ?
Chatur(silencer) : You get huge salaries 😁
rancho : That is the reason there are no great inventions here. No body wants to do research and invent something crazy :/
@Kaustubh Katdare • 08 Aug, 2013 pprajju_magic : Agreed. That's 'the' thing. Not many people realise that there's 10x more money to be made as engineer than as a 'manager' 😀 . Let the secret be a secret!
@lovebox • 10 Aug, 2013

Kaustubh Katdare
pprajju_magic : Agreed. That's 'the' thing. Not many people realise that there's 10x more money to be made as engineer than as a 'manager' 😀 . Let the secret be a secret!

Agreed. Take the case of Engineers in the PWD. 😉
@Ankita Katdare • 19 Mar, 2014 Now that most MBA entrance exam results are out, it will be interesting to see the statistics about the engineers who got a call letter from IIMs. Do we have any infographic around that shares this data?

Our beloved friend - @CIVILPRINCESS recently graduated from IIM Trichy. Hearty congratulations to her.
@lovebox • 21 Mar, 2014 Congratulations @CIVILPRINCESS !
@Black Pepper • 03 Jan, 2015 I completely support this move by the IIMs. It is the bandwagon effect because of which students choose Engineering. Most of them don't have any interest in Engineering/Engineering subjects. After 4 years, they are even ready to do a clerical job in Bank.(My neighbor just gave his SBI PO) We learn nothing more than writing records and examinations in our Engineering.
I am studying my third year CSE from one of the top institutes of technology in Hyderabad. 50 percent of my friends are preparing for Management Entrances and the other ones for their respective masters and Jobs. I am in the second category as I feel my entire engineering talent will be wasted if I choose to go for an MBA. I would advise Engineers to probe for some other options instead of going for CAT, which are relevant to their stream.
And remember, money is not the only parameter of success. You can make 5 times more than an average manager.
Recruiters also need some diversity . If IIMs don't have it, then they may go to another institution with better diversity. This will show an effect on the average/median packages. Try looking at US Business Schools and their class profiles. Then judge the IIMs. Also try looking at ISB and ask any student the reason because of which it is on par with the top IIMs.
10.6k views

Hey guys I tried a lot for finding the answer key for the last 10 yrs isro papers.If anyone finds it just upload it or post the link.
66.1k views
Read More →
Archives

hello, when i was working in my lab, i found that water quenched material is more hard then oil quenched material. so can anyone please tell me that why water...
5.7k views
Read More →
Archives

guys i want to do my FyP on augmented reality give me some ideas
4.3k views
Read More →
Archives

Why engineers are unemployed in India? - Google Instant Results

So I was searching today for something, when I typed in the Google Search bar, "Why Engineers are.." And see the results I got - I found that quite surprising....
7k views
Read More →
Channels
👨‍💻 Remote Jobs 🗞️ News 🚀 Founders Circuit 🗄️ Archives ✨ Newsletter 🕹️ Changelog
About · Privacy · Terms of Service · Contact Us · © 2005 - 2022 CrazyEngineers. All rights reserved.